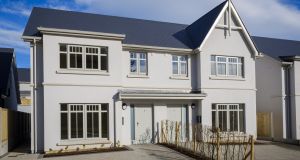 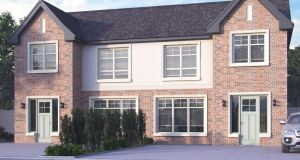 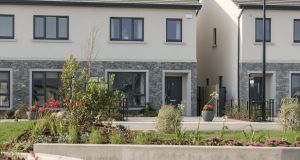 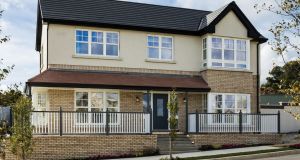 New homes comprised about a quarter of Co Wicklow’s housing transactions in 2018. But to the east of the county that figure is closer to 50 per cent with much of the activity concentrated in Greystones/Delgany and around the arterial routes, the M11/N11 and the train line, says Ivan Gaine, managing director of new homes with Sherry FitzGerald.

The north of the county is attracting buyers with a budget of €400,000 or less, and house hunters priced out of Dublin’s older outer south suburbs, from Rathfarnham to Dún Laoghaire. They account for 38 per cent of buyers, Gaine says, adding that for this money in Wicklow you’ll get a good, traditional three-bed house.

Much of the new homes activity in the county has been focused around Greystones and its hinterland. Around 250-300 properties have sold here annually for the past three years, amounting to a substantial increase in the local population. While at least an hour’s commute to Dublin by car or by Dart, Greystones is now considered a suburb of Dublin, says Derrick McGovern of McGovern Estates.

Wood Group Homes’s Seagreen, on Kindlestown Road, has four-bed detached homes from €530,000, while at Seagreen Gate there is a limited number of four-beds from €480,000.

On Greystones seafront there will be top-of-the-range four-bed homes selling for €1 million when Glenveagh launches new townhouses at Marina Village shortly, and a new phase of apartments is due to launch this summer. These are already selling off plans.

Some of the best value in the country is to be had at Viewmount in Rathdrum where three- and four-bed homes range from €258,000 to €279,000 while in Baltinglass the last eight four-bed semis at Ardglass are from €259,000.

In Ashford, 50 of Ardstone’s Ballinahinch Wood properties are sale agreed with a second phase of 34 units launching on Saturday, May 18th. In this development three-bed semis start from €340,000, four-bed semis from €385,000 and four-bed detached properties from €425,000.

Later this year a new phase of three- and four-bed semis, as well as four- and five-five detached properties, will launch at Waverly, Blacklion, on the outskirts of Greystones.

In Kilcoole, the last eight homes in Ternlee, a small development of 59 homes on Coldross Lane has come to market.

And late in the year at Wicklow Hills in Newtownmountkennedy, about 11 minutes from Greystones, Tower Homes will bring three- and four-bed semis to the market starting from around €300,000.

Lifting the lockdown: A new way of buying and selling houses
6