Live the high life in Donnybrook for €2.49m 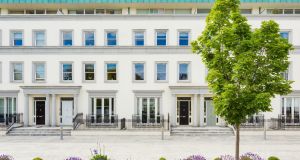 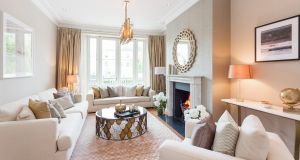 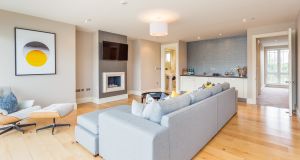 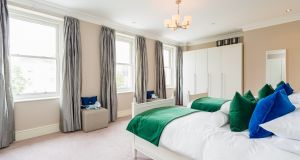 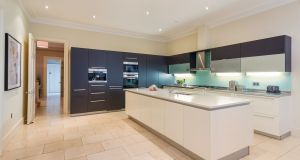 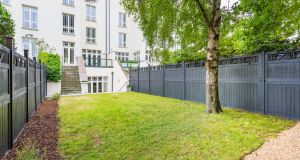 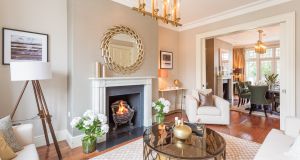 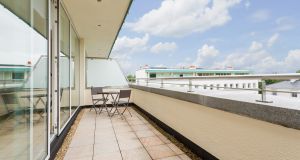 Launched with much publicity in 2007, the Douglas Wallace-designed development by Gerry Barrett at Edward Square on Bloomfield Avenue in Donnybrook consists of 59 properties; five-storey townhouses, apartments and mews set on the site of the old Quaker hospital in Donnybrook.

A press release from that time claimed that almost 50 properties were sold off plan within 48 hours of the launch. Apartments were seeking €895,000 and five-bedroom regency-style houses were asking €4.5 million.

Set around a gated landscaped square, the houses overlook a plaza lined with box hedging which frames purple swathes of lavender and agapanthus.

Number 10, which has been rented until recently, has been given a swish overhaul by staging company House and Garden – the furniture is not included in the sale.

Stretching to 400sq m over five floors, the property has four bedrooms and four reception rooms. The fourth reception room on the fifth floor could also work as a fifth bedroom – but the kitchenette would need to be removed. This room feels a bit like a penthouse and is slightly at odds with the period style of the property, but the views stretch to the Dublin Mountains and offer a fourth terrace space in addition to a 21m rear garden.

An elevator serves all floors and the property also has a private underground garage with space for two cars which leads directly into the hallway at garden level.

The kitchen, with Miele appliances, Silestone and stainless steel countertops is vast, and comes with all the bells and whistles one would expect of a property of this calibre.