Though in need of modernisation, superior 19th century property retains the grandeur and integrity of its original form 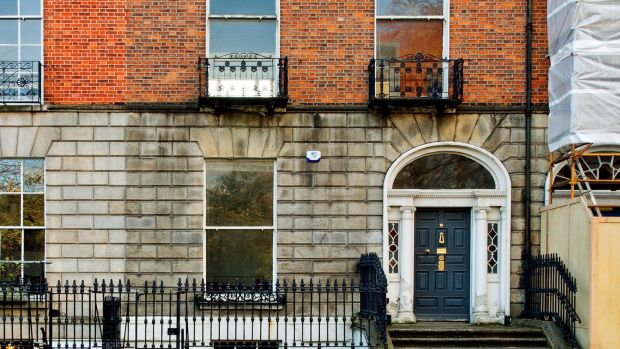 In its heyday, this is the time of year when the residents of Fitzwilliam Square would take a long break after the Irish Social Season. It was when the gentry and those of high social standing flocked from their country piles to Dublin and held court and entertained in their city residences between January and St Patrick’s Day.

A lot has changed since then, most notably the change of use for the majority of houses on the square. By the 1950s only 24 of the 69 houses were still in use as private residences and by 1970 the bulk of these towering Georgian buildings were used as legal, accountancy and medical offices.

Number 28 Fitzwilliam Square, has the distinction of being one of the only properties on the Georgian square that has remained as a private residence since the 19th century.

Although the square commenced in 1790, it was not completed until 1830. The south side, which is held to be the best, was the last side to be constructed, and is distinguished from its peers with more sophisticated Regency masonry techniques of handsome cut-stone cornices at parapet level.

Dating from around 1828, number 28 was built under a lease granted by the Pembroke Estate to Wexford merchant Clement Codd. At the time, residents on the other sides of the square appealed against construction of the south side as they wished to retain their uninterrupted views to the Dublin Mountains.

From its inception the square was a magnet for the medical and legal professions. In 1895, the Pembroke Estate itself fought a successful rearguard legal battle to ensure that number 28 was not turned into a private hospital in accordance with the intentions of the resident at the time.

Two years later, in 1897, number 28 was purchased by Denis Henry, a Catholic Unionist who subsequently became a Westminster MP for “Londonderry South” from 1916. He was later appointed attorney general for Ireland from July 1919–July 1921. He then stepped down from politics, became chief justice of the newly created Northern Ireland and departed Fitzwilliam Square.

When Henry left for Northern Ireland, the family of the current owners saw an advertisement in The Irish Times offering the property for sale. The late Dr Charlie Meenan lived as a child with his parents and family at 66 St Stephen’s Green, and the family duly bought number 28 in early 1922 for £500, and it has remained home to the Meenan family ever since. It appears to have been an astute purchase as number 3 – a smaller house – sold for £800 at the time.

Dr Meenan’s mother, Mary Cleary, is thought to be the inspiration for Emma Clery, the great love interest in James Joyce’s novel Portrait of the Artist as a Young Man, as she was a contemporary of Joyce attending the University of Ireland on St Stephen’s Green.

Dr Meenan’s lifelong interest in Georgian architecture and social medical history is well documented, most notably in his seminal article The Georgian Squares of Dublin and the Professions (1969) for the periodical Studies: An Irish Quarterly Review. In this he wrote: “The squares are zoned for preservation, and let us hope that the City Fathers will make sure that nothing is done to impair their symmetry or their beauty.”

Together with his wife, Liobháin – who died in 2020 – the couple preserved their residence as one of the few private homes on Fitzwilliam Square.

Though in need of modernisation, and to be honest it will require deep pockets, the bones of this grand dame remain in situ, and the property retains the integrity of its original form with the exception of the piano nobile on the first floor.

This large drawing room stretching the full width of the house, where entertaining on a grand scale would have occurred during the Irish Social Season, has been divided in two.

New owners will more than likely want to reinstate the room as it is the most impressive in the property with its 13.9ft ceilings, remarkable cornices and sash windows overlooking the private residents’ park below.

There are a host of rooms over many levels in this 543sq m (5,845sqft) pile. A particular feature is that the property still retains its original coach house – complete with equine stalls and ostlers’ space overhead.

Though derelict, this building could be transformed – as most of its peers already have – to become a mews property. Simon Ensor, who is handling the sale for Sherry FitzGerald estimates that a high-quality mews conversion could be worth “north of a million euro” or generate rental income in the region of €3,500 per month.

As it stands the house is a little like a museum displaying the remarkable craftsmanship of its time – albeit against some peeling paint – but what remains is also a blank canvas for those with a love of Georgian architecture to restore.

A century later nothing has changed, and it is now on the market through Sherry FitzGerald seeking €3 million.