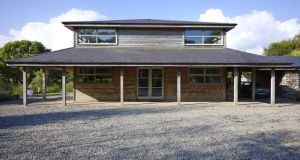 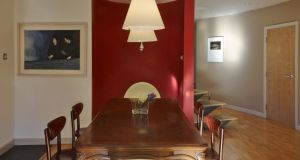 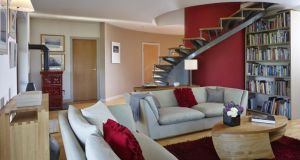 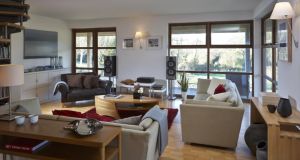 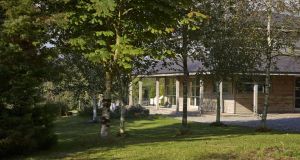 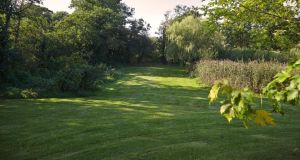 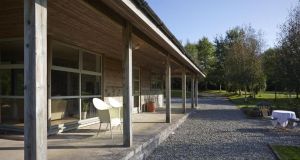 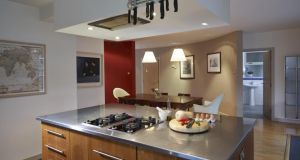 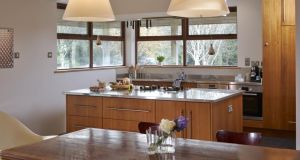 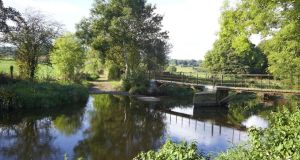 About as different from the traditional twee rendering of the Irish thatched cottage as it’s possible to imagine, Castleview in Clonakilty is an imaginative feat.

Photographer Andrew Bradley (andrewbradley.com) built the house in 1999, “I had seen a TV programme that Philippe Starck was doing for the BBC. He had built a timber house in the woods, and I thought: I’m going to build that house. I rang Starck’s office in Paris to try to get the designs, but it was a limited edition, and they’d all been sold.”

Not one to give up, Bradley contacted his friend, yacht designer Ron Holland, just down the road in Kinsale, and worked with architect Rob Jacob of JLS design, who had been on Holland’s team, to recreate the timber frame house on a gorgeous two-acre site.

This rambles down to the river, where you can fish, or kayak down to the sea, and all just four miles from the very charming west Cork town of Clonakilty. Jacob and Bradley expanded the design to incorporate four bedrooms over 279sq m (3,000sq ft) of accommodation. There’s also a separate studio for Bradley’s own work.

“The reason we’re selling now is that our kids have gone, they’ve all left home, so we’re rattling around. We’d like to travel too.”

Open plan downstairs, with a wraparound veranda, the house has a wood-burning stove that means the underfloor heating is called into service maybe just twice a year.

“It’s very easy to keep, and there’s a good cook’s kitchen. My son turned out to be a chef, he’s working in Scannell’s of Clonakilty, so maybe that was his start?

“We’re planning to build again. Something smaller. John Pawson is my next inspiration. I’ve been obsessed with his Baron House in Sweden.”

Castleview has previously been on the market, and the Bradleys had gone through all the heartache of an offer being accepted, the survey being fine, only for the chain to break.

And yes, Castleview, which is for sale for €595,000 with Martin Kelleher, does have a castle view. “Go over the footbridge at the end of the garden, and there’s a beautiful five-acre field. That was the orchard for the castle, which I’m told was once the home of the McCarthy clan,” says Bradley.

What is the going rate for a home in...Co Kilkenny?

What is the going rate for a home in...Co Kilkenny?
5

Choux polish: A Bastible chef’s recipe for a show-stopping pastry
7