Relaxed elegance in a grand setting on Ulverton Road

The Dalkey home to the co-owner of Image magazine, Laura Power, is on the market for €3.15million. Video: Savills 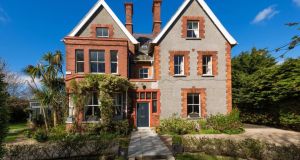 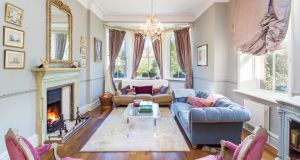 One of Ulverton’s five reception rooms in Dalkey, Co Dublin. 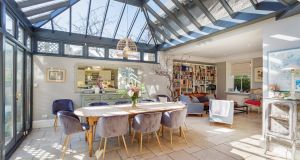 There is a second conservatory in the dining area of the kitchen flooding the room with light. 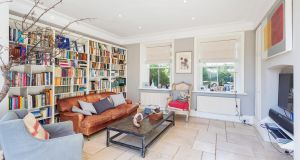 One of the five reception rooms at Ulverton. 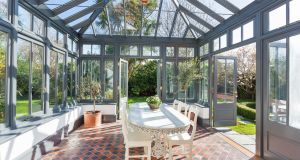 The Ulverton property features a conservatory where olive trees and tomatoes are happily growing away. 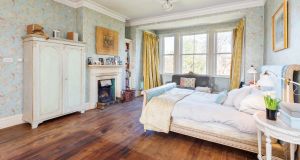 One of Ulverton’s bedrooms in Dalkey, Co Dublin. 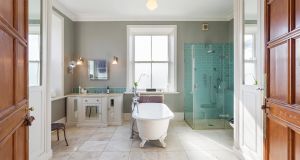 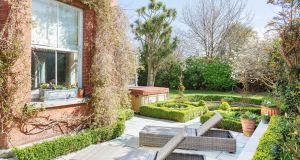 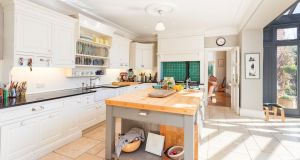 Achieving the balance between comfort and style when it comes to interiors can be tricky. Some homes can be over-staged, the viewer can feel like an intruder in a rather grand film set, while others are a mishmash of interiors catalogues.

At Ulverton, an elegant Victorian property on Dalkey’s Ulverton Road, the interiors are stunning and manage to pull off that perfect balance. The house is home to Laura Power, co-owner of Image magazine who also ran an interiors shop, Reverie in Sandycove, specialising in French antiques. As a consequence, the property has a fine collection of French period furniture throughout.

“I hate homes that are either museums or chaotic and I tried to bridge the gap between the two – but it’s a lot easier when your four kids have moved out to eliminate the chaos.”

It is for this reason that Power is placing the property on the market. “When the kids were teenagers the house was so flexible, but now that we are just two at home, we spend most of our time in the kitchen area.”

When Power purchased the property, all renovations had been carried out by the previous owner, so changes were purely cosmetic – in the form of wood flooring, paint and decor. There is particularly impressive parquet flooring in one of the reception rooms which Power uses as an office.

Other period features include elaborate fireplaces, tessellated tiles in the front hall, in addition to coving and ceiling roses.

The property features a conservatory where olive trees and tomatoes are happily growing away. This structure is echoed in the dining area of the kitchen flooding the room with light.

The kitchen – where the French country theme is continued – features an Aga, Belfast sink and flagstones underfoot.

Dating from 1897, the property originally had nine bedrooms when it came on the market in 2001, but previous owners changed a bedroom into a bathroom giving a generous en-suite to the principal bedroom, and there is now also a laundry room located on the second floor.

There are five reception rooms in total and on the upper floor lies a large space used as a games room and bedroom; this would also work well as private living quarters for an au pair.

The property originally had a very large garden. This was sold off in the 1970s by the Fine Gael politician Thomas F O’Higgins for £20,000 to create Ulverton Close. Ulverton still retains a third of an acre of mature grounds set behind electric gates.

The house extends to 550sq m (5,920sq ft) but at no stage does it have that overly grand feel. Instead, the pervading mood is one of relaxed elegance. Savills is seeking €3.15 million for the property.