Idyllic escapes in Ireland – for those ready to take the plunge

The bank holiday is looming, so thoughts can turn to watery retreats and rural getaways 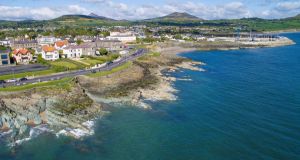 An aerial shot of White Lodge on Marine Road in Greystones, Co Wicklow 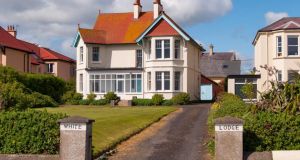 This fine Edwardian home makes the most of its setting, as one two-storey bay window frames the southerly aspect and another captures views along the coast including Dalkey Island and across Dublin Bay to Howth.

The four-bedroom property, built in 1902, is about 232sq m (2,497sq ft) in size, and has an enormous front garden of almost 40m. Cross the road and there’s mackerel fishing off the rocks.

The property is asking €1.25 million through agents SherryFitzGerald. 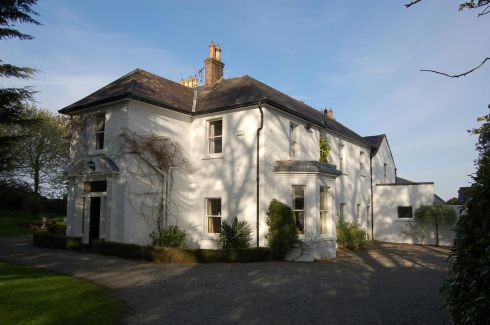 From the garden and bedrooms of Ballygassan House, a renovated five-bedroom Victorian, you can see the southern stretches of Dundalk Bay.Less than a mile from the village of Annagassan, Co Louth, a place settled by Vikings and the setting for an annual festival in August that celebrates the Norse invasion, the property has 475sq m (5,113sq ft) of accommodation.

A separate converted stone barn offers another 115 sq m (1,238sq ft) of space, and the house is set on an acre of grounds that include an orchard and boast views of the Cooley Mountains.

Thirty-five minutes from Dublin, it has an AMV of €700,000 and is being auctioned by agents Property Partners Gunne on June 11th. 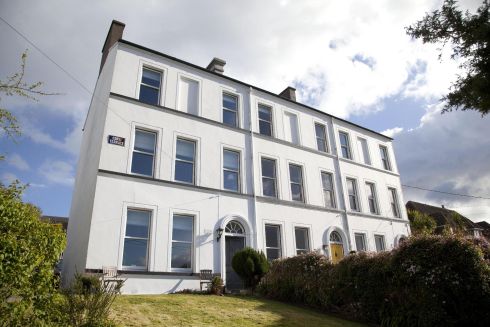 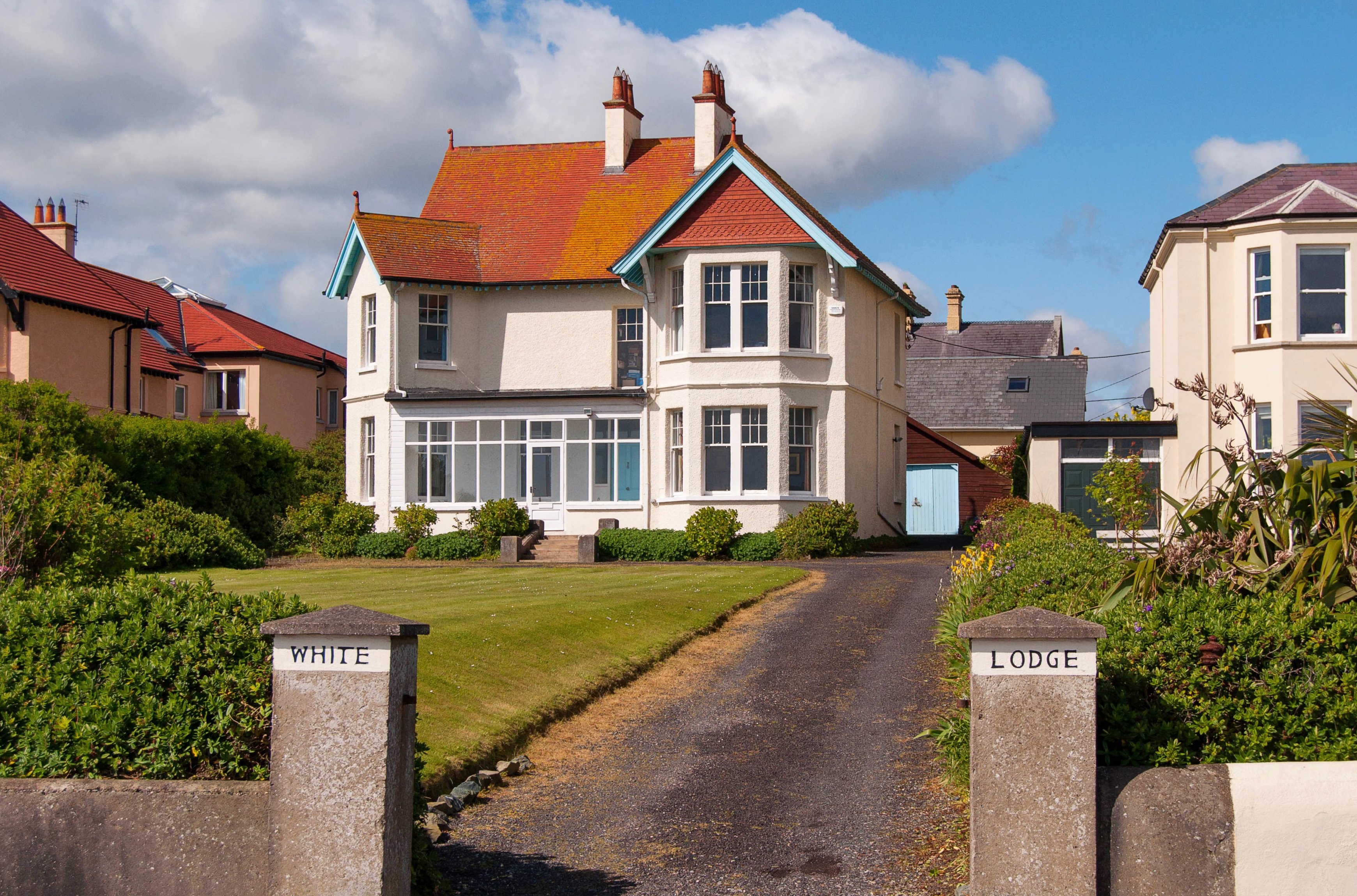 Crosshaven, a 20-minute drive from Cork’s city centre, is a sailor’s paradise. St Ann’s is a five-bedroom end-of-terrace three-storey property overlooking the harbour and the Royal Cork Yacht Club, said to be the oldest in the world. From the master bedroom, which spans the width of the first floor, there are views to the yachts sailing in and out of the 200-berth marina.

The views include Drake’s Pool, where Sir Francis Drake allegedly hid from the Spanish Armada, and draw the eye all the way across the water almost as far as Cobh.

The 171sq m (1840sq ft) house includes a southwest facing sloping garden about 30ft long and a raised deck and is asking €485,000 through SherryFitzGerald. 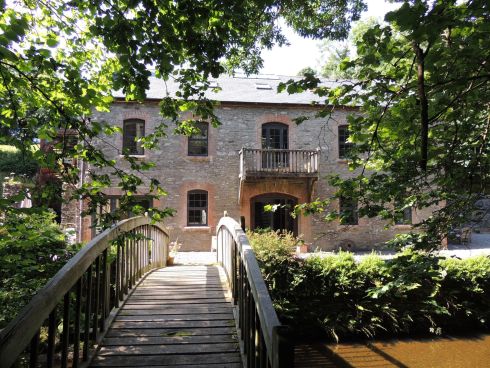 Dromore Mill is a restored 19th century water mill on a river about 12km outside Bantry, Co Cork. Conservation Engineer Chris Southgate oversaw the renovation works five years ago and the 400sq m (4,306sq ft), three-storey property is now filled with light thanks to a lantern rooflight in the centre of the building.

The open plan ground floor comprises an American-style kitchen-cum-diningroom and a living area featuring original steel pillars and with a new stone-surround fireplace.

An open tread staircase leads up to a galleried landing where there are three bedrooms and another three on the second floor.

The property, which is set on 4.5 acres and includes a two-bedroom detached guest house, is asking €1.25 million through agents Michael Daniels. 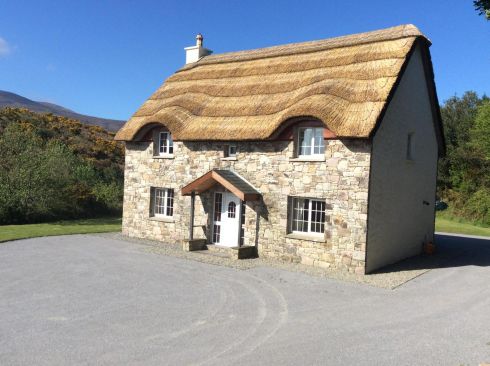 Situated on the edge of Killarney National Park, Co Kerry, a minute’s walk from Lough Guitane and within hiking distance of Mangerton and Torc Mountains, Coolies cottage is a newly built thatched cottage constructed in 2003. The three- bedroom property looks like something out of Goldilocks and the Three Bears and has three very convincing beds in one of its three bedrooms that adds to the film set feel of this two-storey house.

There’s fishing for brown trout in Lough Guitane, and Killarney town is a seven kilometre drive.

Take the plunge: Live on a barge 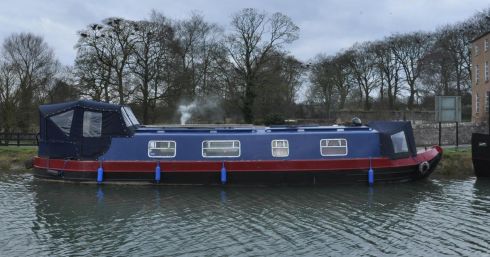 A more affordable, though less luxurious option is this 1991-built all-steel 45ft long canal cruiser with double bedroom, fitted kitchen and wood-burning stove. It costs €35,000 but the catch is that serviced moorings (just €158 per annum) are rare as hen’s teeth. Call Ger Loughlin (087- 6465465) Bargetrip.ie