Eglinton House, once home to late taoiseach and his family, sold in December for €2.9m 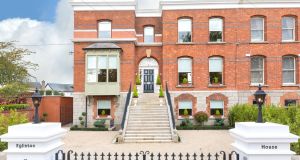 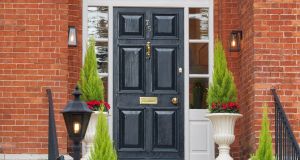 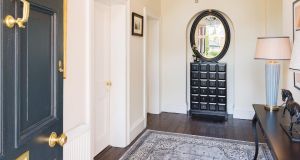 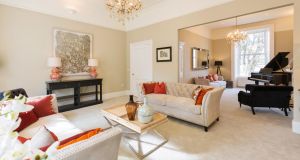 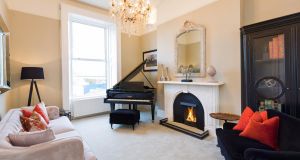 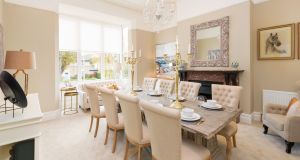 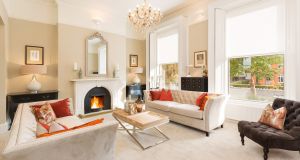 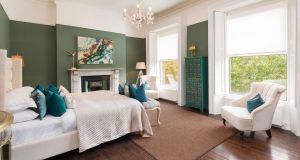 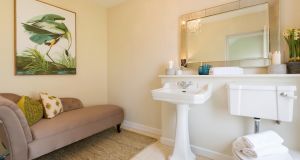 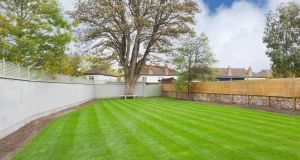 This is a grand house, in every sense of that word.

Tall and elegantly proportioned, it has wide granite steps to the front door and a benign hauteur to its decorative redbrick façade. Inside, all is light and high ceilings in rooms, hallways, stairways and landings that unfold over three levels and 404sq m (4,357sq ft) of a discreetly classical layout.

In spite of all this grandeur, Eglinton House is accessible and welcoming; a little history and a lot of lives lived here have left their mark, as they always do, on what would otherwise simply be bricks and mortar, however classy.

Eglinton House was built in 1878 by James P and Joseph C O’Reilly from Cavan. Lord Eglinton had become Viceroy in 1852 and it was customary to name roads for viceroys.

It was the fourth house on a road in Donnybrook with, according to the Dublin Street Directory, “one main street and a few avenues and lanes branching off along the fair green and river”. The terrace attached to number 75 was added at a later date.

The O’Reilly brothers lived there until 1896 when the family of the Inspector of Taxes, a Mr Strangeway, moved in for a short four years. Eglinton House’s rateable valuation was set at £75 in 1905 and it was vacant quite a lot during the 1900s.

In 1941, as the US joined the second World War, the American Consul moved in and lived there until 1945. In 1959, when the late taoiseach Dr Garret FitzGerald and wife, Joan, bought it for £4,250, the owner was Count Edwardo Tomacello. A TCD lecturer, he had been the Irish leader of the Italian fascists during the war.

As home to the future taoiseach, Eglinton House provided a home for Dr FitzGerald’s political and family life; he and Joan had three children and, in 1969, it was the headquarters for his launch into politics. The FitzGeralds moved on in 1974, when Dr FitzGerald was minister for foreign affairs, and sold Eglinton House for £31,500.

Operating as a childcare centre run by the Eastern Health Board from 1984, the property returned to family housing status with a bang in 2011 when it sold for €1.3million at auction.

It changed owners again in December last year for €2.9million. Now it’s back on the market again, through agent Sherry FitzGerald, with a new asking price of €2.65 million – and an interesting addendum to its history.

The current owner of Eglinton House is its next door neighbour whose rear garden – prior to purchase of number 75 – was a small, limiting triangle of space. They have since enlarged that triangle by absorbing a portion of the Eglinton House garden and now, with garden remade and landscaped, they are selling the property again with a still substantial rear garden and stately oak tree at the end.

Eglinton House itself is also something of a blank canvas for a new owner. It has been tastefully staged for its sale and painted in creamy whites, with ornate plasterwork and darkly polished timber floors, the impressive original features make the loudest decorative statements.

Especially lovely is the wide entrance hall, and the marble fireplaces and picture rails in the main reception rooms, shown to advantage by the light from long, sash windows front and rear.

On this hall floor too there is a dining room set into a deep, front facing box window – the latter probably added sometime in the last 100 years. A large and impressive fireplace is of a speckled marble and, together with an elaborate ceiling rose, lend a deal of drama to the room.

A high ceilinged, formal room behind this was once Garret FitzGerald’s study and, more recently, a (now removed) kitchen. It has the mood of a library and, overlooking the garden as it does, would make a lovely reading room. A nearby, beige-tiled bathroom, on one of four returns, has separate bath and shower and natural light from a side window.

The main bedroom, to the front on the first floor, has a seductive calm and a pair of long sash windows. Ceilings are about 10 feet high, walls are a cool olive with picture rails, a marble fireplace has inset green tiles and floorboards are darkly varnished. An arch leads to an ante-room with cast-iron fireplace and a sash window. An appealing, relaxing space, this could easily work as a dressingroom, reading room or retreat.

The other four bedrooms on this floor are airy and bright with sash windows, darkly varnished floors and built-in wardrobes. Two lead one into the other and would make an ideal guest suite. A shower room on this level, given personality by wood panelled walls, has a towel heating rail.

The separate garden level, where several rooms could be put to a variety of uses, is where the original 19th century kitchen faces the rear garden and where it could be reinstalled. There are two (possible) bedrooms, laundry and utility rooms, living room and large reception hall.

The gravelled, hedge-surrounded front has a fine, pillared entrance and off-street parking for several cars. There is a gated, pedestrian side entrance and, at the end of the rear garden, double gates provide access to a laneway.