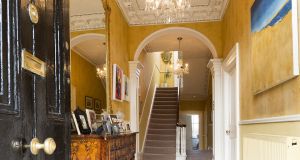 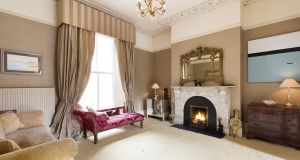 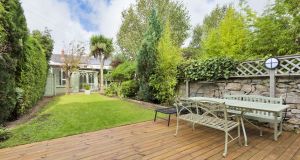 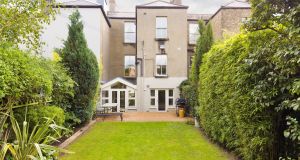 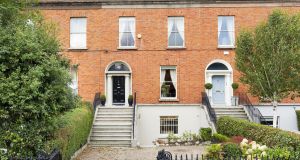 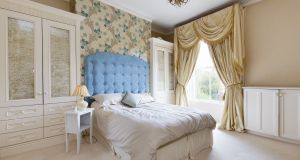 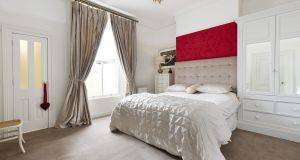 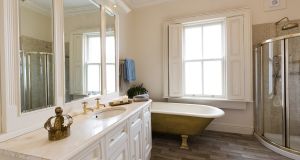 Houses on Marlborough Road – which links Donnybrook with Ranelagh – sell quickly and well, especially if they have already been refurbished. The attraction is mostly the Dublin 4 location within walking distance of the city centre, the shops in Donnybrook and proximity to one of Dublin’s prettiest outdoor spaces, Herbert Park. But additionally the houses tend to be solid Victorian redbricks with good gardens and off-street parking.

Number 41, which had had a major, very stylish and expensive revamp, sold last year for €2.2 million (its asking price was a little less than €1.8 million). Now its neighbour, number 43 is for sale, through the same agent, Sherry FitzGerald, with an asking price of €2 million.

The owners bought nearly 20 years ago when the terraced, two-storey over-basement period house was in good condition but requiring some upgrading, such as a new kitchen and bathrooms and general redecoration.

The studio at the end of the garden needed work and that was done too – it’s now a very useful and flexible space, one of the house’s selling points. With one bedroom, a small sitting room, kitchen and shower room, it opens out on to a lane that runs to the rear of Marlborough Road, so the unit is properly self-contained. One of the owners uses it as a home office now and before that it was home to a college-going child.

They also extended at basement level to the rear, adding an extensively glazed room to throw light back into the rest of this floor. It is used as a family room opening into the dining area and the kitchen to the front.

A nice touch is the bespoke internal doors with their Gothic-inspired detailing – a design also reflected in the doors and glazing in the garden studio. Also down at this level is a utility area and shower room.

The reception rooms on the hall floor are, as always in these period properties, the house’s glory. Two interconnecting rooms with tall ceilings, decorative plasterwork and fine fireplaces. There are four bedrooms: three doubles and a single. The main bedroom at the back of the house has a recently updated en suite. The family bathroom is large with room for a free-standing, antique roll-top bath. The house encompasses 270sq m (2,906sq ft) of space. Outside there is off-street parking for two cars at the front.

Be Kind: how to change a person’s day with just one word
3

Drivers, slow down for the good of the planet (and your wallet)
Real news has value SUBSCRIBE