Lismoy is a large detached, six-bedroom three-reception property in need of modernisation 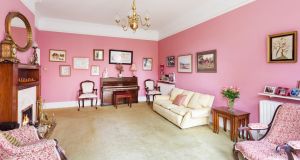 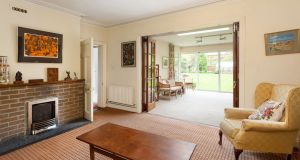 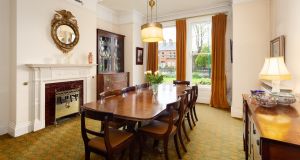 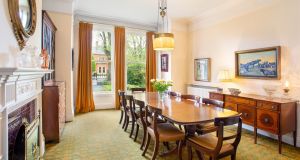 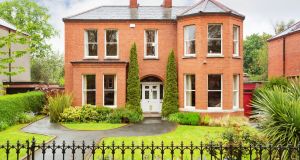 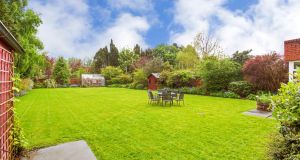 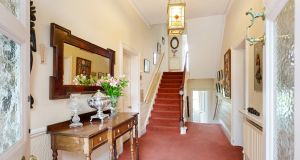 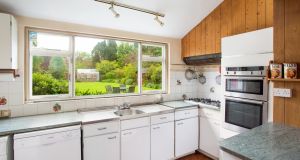 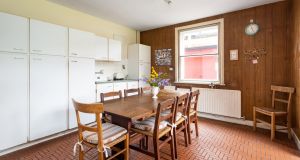 It’s hard not to wish for a time machine when wandering around number 8 Temple Gardens. The last time it came on the market was in 1970, when the buyer, a doctor and his wife with a young family of five children moved from far flung (or so they thought then) Terenure, and paid €13,000 for the six-bedroom Edwardian redbrick.

Mind you the doctor was advised by a relative that such a large mortgage would be a millstone around his neck. Instead it proved a happy family home – and an astute buy – now coming to the market as an executor’s sale, through Sherry FitzGerald, for €3.2 million.

The wide road, minutes walk from Cowper Luas stop, with just 26 houses – some detached, some semis – is below the radar, and far less instantly namechecked for its pricey address than its neighbour Palmerston Road or indeed nearby Temple Road but it never fails to command premium prices.

There’s been quite a deal of activity on the road in recent years which is notable. Buyers tend to move in and stay for generations, indeed in the case of the most recent completed sale, of number 17, for €3.5 million it will be the first time the house will have changed hands in 100 years.

Its neighbour, number 19, a smaller house and also in need of updating, came on the market in February for €2.95m and is now sale agreed. Of the five other sales since 2016 the prices have ranged from €3.32 million for number 7 to €6.5 million for number 5. The houses were all slightly different when built and the price now is usually dictated by the amount of work done or the amount required to modernise them.

All the Temple Garden houses, which are set back from the road with good front gardens bordered by railings, and with off-street parking, have names painted on their low granite walls – and most owners have been careful to maintain this attractive Edwardian touch. Number 8, Lismoy, is detached with 300sq m/3,300sq ft, six bedrooms and three fine reception rooms.

The owners updated when they moved in – and as was the way then, pretty much left it at that. So the bathrooms feature pink and turquoise suites, and the kitchen with its Formica countertop and serving hatch through to the dining room at the front is similarly dated.

They did extend sometime later adding a single storey extension, a room on to the family room to the rear with patio doors to the rear garden.

It will without doubt undergo a significant renovation, and probably be extended to the rear by new owners.

The long and wide back garden – part of it was a grass tennis court for the children when they were growing up – is north facing.