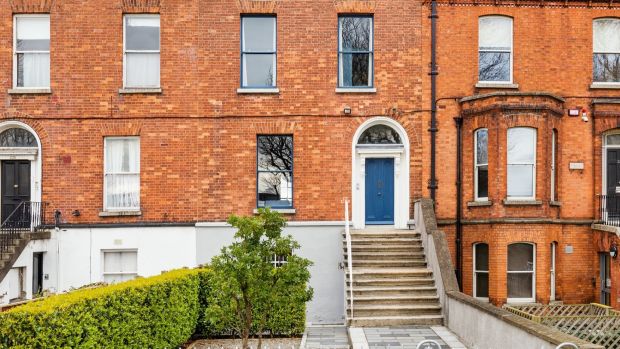 Period properties in turnkey condition offer buyers beauty and scale minus any of the dramatic arcs that a refurbishment can present.

When the owners of number 227 North Circular R ooad bought it in 2010 for €550,00, according to the property price register, it was a pre-63 unit so subdivided into flats and in need of complete upgrading.

They lived in the protected structure for six months initially to get a feel for it before moving out to allow the experts to modernise it, adding luxuries such as underfloor heating at garden level where a small extension has brought loads of light into the now contemporary kitchen.

The owner, an engineer, had previously worked with grade 3 conservation architect Katherine Kelliher of practice Kelliher Miller, and hired her to oversee the project. She says an issue for this type of subdivided property is that there are too many shower rooms, often poorly ventilated. She installed a radon barrier and damp-proof coursing at garden level, refurbished the existing glazing and added natural, sheepswool insulation to the attic and between some of the floor joists to improve sound dampening between floors.

Accessed via granite steps, the walls and ceilings at entrance level are now picked out in shades of grey, tonally lightening from dark ceilings to lighter shades of the greyscale on the walls with all coving, ceiling roses and architraving highlighted in a soft bone white.

It’s a clever way to layer colour in a period property and the idea came from advice given by a Helen Turkington in-house consultant.

At garden level, where the first of the property’s four bedrooms is located, the owners installed a contemporary Nobilia kitchen with its quartz countertops supplied by Gorey-based Wells Granite. The room has pale gloss units set in an L-shape and punctuated by an island with its dining area lit from above by a large rooflight. The sitting area is painted a zesty Jaffa orange.

Sliding doors open out to a courtyard bordered by weathered larch seating and leads up to a large area laid out in lawn. The garden, which has vehicular rear access and a northwest-facing aspect, extends to 87ft (26m) in length.

A room that could be a second bedroom or study is on the hall return and on the first floor is the main bedroom and a second fine double.

The main bedroom spans the width of the property with its dressing area concealed behind a vertical half-wall. These two rooms share the large, dual-aspect bathroom which is on the return.

Situated at the Grangegorman Upper end of the North Circular Road, both front and back gardens have been spruced up by Arcadia Landscapes. A mature strawberry tree to the front is now a horticultural landmark.

In turnkey condition the four-bedroom property, which extends to 250sq m (2,690sq ft), is seeking €895,000 through agents Sherry FitzGerald.