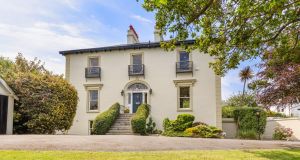 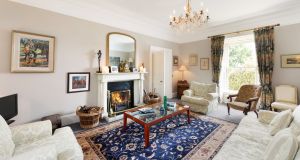 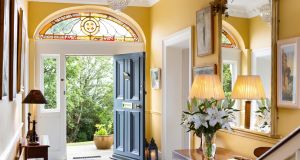 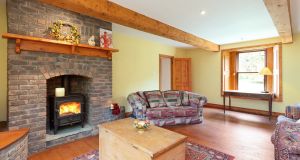 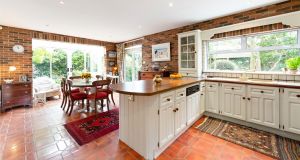 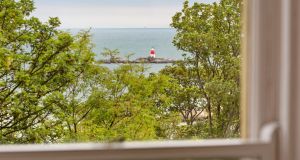 Everything about a large handsome house hidden away on a quiet road linking Coliemore and Sorrento roads in Dalkey, Co Dublin, flags its Victorian past: its name is Albert House, its address Victoria Road. Its owners, professional poker player and former Olympic swimmer Donnacha O’Dea and his wife Patricia, who have lived here for 31 years, think it may be even older than the 1865 date that appears on the deeds – a neighbour showed them a map dating from the 1830s on which Albert House appears.

The 409sq m (4,400sq ft) two-storey over-basement five-bed has many 19th-century features – large marble fireplaces, elaborate cornicing, sash windows with working shutters, a stained-glass fanlight over the front door. Situated on a road that slopes steeply upwards a few minutes’ walk from Coliemore Harbour, it has sea views. You can see Dalkey Island and the Muglins from the windows – and new owners could enhance those views by thinning or topping tall trees to the front garden that currently obscure them, suggests Lisney selling agent Rory Kirwan who is selling the property. The property is for sale through Lisney for €3 million.

Albert House, on a generous third of an acre site was largely modernised before the O’Deas moved in 31 years ago: they added to that by putting a new roof on, damp-proofing the basement, modernising the kitchen and renovating sash windows.

It is a bright elegantly-furnished house, but new owners might want to revamp parts of it, eg, the kitchen/breakfastroom, and the large cobblelocked very private tree-filled patio garden at the back of the house.

The house is classically Victorian in its layout: there’s a large triple-aspect sittingroom on the right of the front door, with views to the front, side and back of the house. The large elegant drawingroom on the left of the hall also has a white marble fireplace, and narrow double doors opening into a long diningroom running from the front to the rear of the house, with French windows opening to a back patio. There are pictures of the sea everywhere alongside pictures of Donnacha’s parents, actors Siobhán McKenna and Denis O’Dea.

A few steps at the end of the hall lead to double doors with stained-glass panes opening into the kitchen: it’s a warm, comfortable space, with brick walls and an Amtico floor, a green Aga and a breakfast bar dividing the kitchen from the breakfastroom. French windows open from the back and there’s a small sunroom with glazed doors opening on to a side patio.

Upstairs are three double bedrooms: the main bedroom has a walk-in wardrobe, a large en suite with a corner bath and separate shower and best of all, views from front and side windows. There’s also a pretty family bathroom on the first floor and a lovely arched window up a few steps on the small top landing.

There is separate under-the-front-steps access to the basement, where there are two more double bedrooms, both en suite, and a large sittingroom with a wood-burning stove in the fireplace: this room has a timber floor, timber-beamed ceiling and doors opening into one of the bedrooms. There’s also a boiler/utilityroom and small toilet.

There’s room to park several cars behind high electronic gates in the front garden as well as a double garage. The lawn at the front slopes down towards Victoria Road and is sheltered behind tall trees and bushes.

10 common instances of fatphobia, and how to react to them
9

Am I the only one who thinks Adele looked better before?
Real news has value SUBSCRIBE