Flexible options on Blackrock half acre for €1.8million 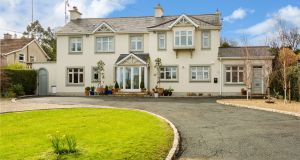 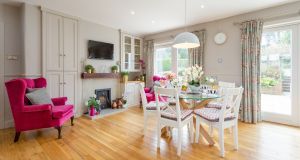 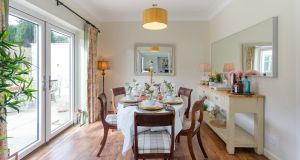 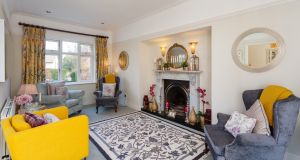 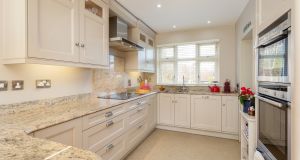 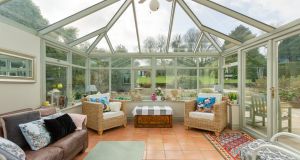 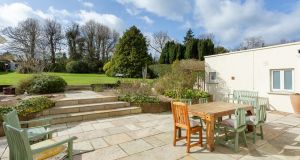 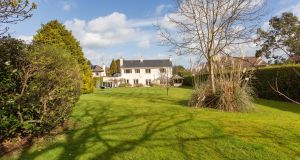 Extending to almost 0.5 of an acre, the garden offers buckets of room for a large family and entertaining

No 7 Granville Park in Blackrock was constructed in 1947. The current owners’ parents purchased the house in 1949 and, having been raised here, she eventually moved back in to raise her own family here.

Over the years the house has been extended and now offers a substantial 308sq m (3,325sq ft) of living space. Attached to the house is a separate one bedroom apartment, which has had a multitude of uses over the course of the past few decades – it is currently used as a room for overnight guests and games room for the family.

There are a couple of options for the next buyers of Granville Park, who may well keep the space as is and use the separate area for an au pair or older family member, but it could also easily be amalgamated into the main house to give more accessible rooms at garden level.

Inside the main property a large breakfast room opens into a galley style kitchen, off which lies a good sized utility room.

Adjacent lies a formal dining room, which in turn leads to an L-shaped formal drawing room. Another option here would be to open the dining room into the breakfast and kitchen area, as the dining room itself is not as spacious as it could be for a property of this size.

To the rear is a large conservatory, which opens out to the garden, like all the rooms on this side of the property.

Upstairs are five bedrooms – four fine doubles and a smaller room used as a nursery. Also on this level is an office with built-in units – allowing a family member to work from home, or indeed a study area for children in exam years.

The biggest selling point of the property though has to be its south-westerly facing garden. Extending to almost 0.5 of an acre, it offers buckets of room for a large family and entertaining.

The Indian sandstone patio which runs the full width of the house is the size of a suburban garden in itself, and leads up to raised beds and a lovely wooden pergola. To the rear are mature shrubs and trees surrounding a lawn with lots of space for kicking footballs around.

To the front is off street parking for at least five cars bordered by towering silver birch.

The site may also have development potential. Up the road, Trianon, a detached property on 1.6 acres was purchased in 2014 for €1.75m. Floramount is a new development of 12 houses on the site where the original house once stood – this has since been demolished. The planning application for 10 houses was originally refused on the grounds that the development was not high-density enough. A new three bedroom house on the site – also called Trianon – was sold in 2018 for €1.03million.