Family selling in Westport after 200 years 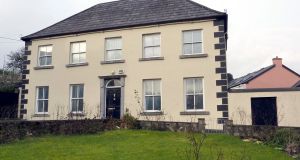 Surveyor’s House, a period house originally built in the 1760s, has seen plenty of change in its history 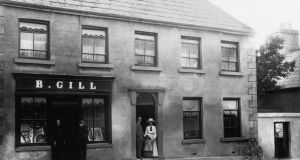 The Gill family first signed a lease on the property in the early 1800s, when they were tenants of the Altamonts of Westport House, and bought the house in 1911

Surveyor’s House, a period house originally built in the 1760s, has seen plenty of change in its history, from the time it was occupied by surveyors monitoring activity in the port on the edge of Westport at the start of the 19th century to the Celtic Tiger years, when apartments were built by the quayside.

The Gill family first signed a lease on the property in the early 1800s, when they were tenants of the Altamonts of Westport House, and bought the house in 1911. They had built up a flourishing merchant business in the property in the 1800s, and there was a pub on the premises at the start of the 1900s. Hanoria Gill, mother of one of the executed 1916 leaders Major John McBride, grew up there. Now Frank Gill is selling the house that’s been home to his family for over 200 years: he grew up there, but says the house is now too big for him and his wife Martina.

New owners are likely to have a lot of work to do on the property should they decide to turn it into a B&B, although many of its period features – ornate plasterwork, fireplaces – are intact. The exterior of the house is listed, but the two premises could easily be converted “back into one substantial dwelling”, according to the agent.

Accommodation in the main house includes a quarry-tiled entrance hall that leads to a living room with high ceilings and handsome plasterwork, a pine kitchen/dining room, with granite countertops and a quarry-tiled floor, and a sitting room downstairs. Upstairs, there’s a study and four bedrooms on the first and second floors; the main bedroom is en suite.

The house at the side has a kitchen/dining room/sitting room on the ground floor and two bedrooms, one en suite, upstairs. Outside, there’s a paved courtyard and a walled garden.

Westport Quay, a hub of commercial shipping in the 18th and19th centuries, is now a popular holiday home spot: many of the quayside warehouses were converted into tax-incentive apartments in the Tiger years.