End of a political era at Lenihan family home 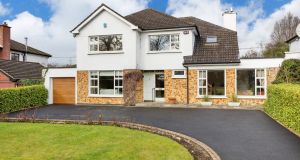 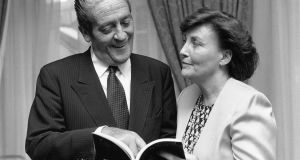 Brian and Ann Lenihan. The Lenihan family located to Castleknock from Athlone in the 1970s following Brian Lenihan’s decision to switch his political base to the then burgeoning Dublin West region incorporating Castleknock. Photograph: Media/Getty Images 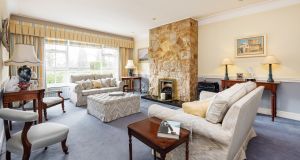 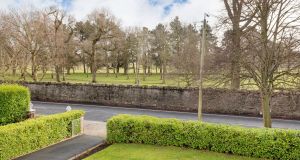 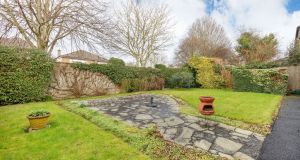 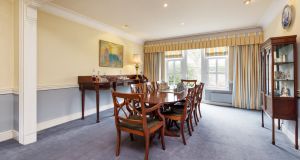 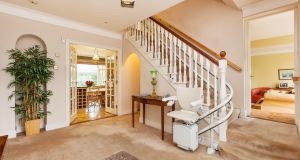 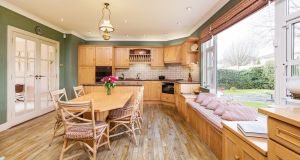 Parkview at the Castleknock gate to the Phoenix Park is a small scheme of standard detached homes built in the early 1970s. What sets number 24 apart is that for the past 45 years it has been home to one of the State’s most prominent political families. The home of the late Brian Lenihan snr, former tánaiste and minister for foreign affairs, it is now on the market for €1.295 million following the death last year of his widow Ann Lenihan.

The Lenihan family moved here from Athlone in the 1970s following Brian Lenihan’s decision to switch his political base to the then burgeoning Dublin West region incorporating Castleknock. The move was copperfastened after Lenihan lost his seat in the Roscommon-Leitrim constituency. His son, former Fianna Fáil TD and minister for state Conor Lenihan, remembers the excitement of moving to Dublin with his two siblings (the late former minister for finance Brian and Niall), and another two siblings were added to the family in Dublin. The four boys went to Belvedere College, and a daughter attended nearby Mount Sackville.

“Castleknock was amazing back then, with lots of young families. We had to walk everywhere when we were in the country, so the novelty of getting the bus in and out to town to go to school was very exciting,” he recalls.

With direct views of the Phoenix Park, the 228sq m (2,457sq ft) five-bed was built by Brennan & McGowan builders as an extension of the Deerpark housing development and named Parkview. Built as luxury houses, they became known locally as “millionaires’ row”.

For Conor and his siblings this only further enhanced their childhood fun. “The whole place was only half finished for years, so we had all sorts of adventures on the different sites. The best fun was at the back of the house and hanging out on the high wall watching football matches in the gardens.

“I’ve a distinct memory of my mother nearly having a heart attack looking out the kitchen window and shouting at us to get Colin Farrell down off the wall. His house backed on to ours, and even though he was only about four he was somehow always tagging along with us.”

Even though there was a separate constituency clinic nearby the household retained the country tradition of entertaining voters making representations.

“The phone was always ringing, and people could be coming and going at all hours. But that all changed then with the heightened security once the Troubles in Northern Ireland escalated and my father became minister for foreign affairs. I remember arriving back from Athlone one Sunday evening and the guards shining torches into our faces until they realised we actually lived there.” The security presence remained for 18 years.

In 1989 the house became the election headquarters when Brian and Conor co-directed their father’s campaign in-absentia while he was receiving treatment for his liver condition in the Mayo Clinic in the US.

“A big concern was that the activists were beginning to think he wasn’t going to recover. A key moment was towards the end of that campaign when we set up a speaker phone in the drawing room – very new technology at the time – and he addressed about 100 people. It was a very emotional moment, and just the tonic they needed to hear his voice. Everybody came out of that room very buoyed and ready for the final push.” Lenihan went on to be the first candidate elected in the State in that election.

The house was also pivotal during the peace process from the 1990s onwards when Lenihan snr as a backbencher played an intermediary role. There were visits from Gusty Spence and the Rev Roy McGee, while on other occasions Seamus Mallon and other SDLP members stayed in the spare room.

It was here also that writer and historian Ulick O’Connor, one of Lenihan snr’s closest friends, would came religiously to watch international rugby matches. Lenihan himself was a keener soccer and GAA supporter, but he always enjoyed O’Connor’s extensive knowledge of rugby.

Another regular visitor was their artist friend Roger Shackleton, who Conor remembers drinking coffee and sketching away in the house.

Located beside the Castleknock gate to the Phoenix Park, the children would hop over the wall into the park. Conor fondly recalls spending a lot of time at the Phoenix Park racecourse.

“We’d nip in when the entrance wasn’t manned and you’d meet all of Dublin in there. We’d position ourselves down at the finishing line which was at a bit of an angle to the stand, and whenever there was a photo finish there was great money to be made. We’d bet very profitably on the outcome because we could see clearly where the finish line was.”

Engine of the house

Ann got her chance after the family had grown to reclaim the house somewhat when high-profile designer and architect from that era, Patricia Downey, undertook a refurbishment that transformed the kitchen and added a classical finish to the formal receptions.

24 Parkview is for sale through Julian Cotter of Sherry FitzGerald.