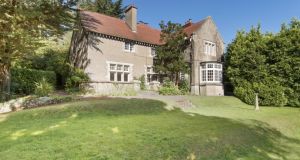 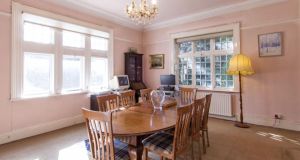 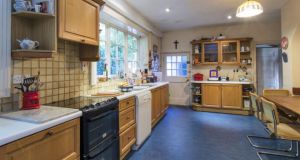 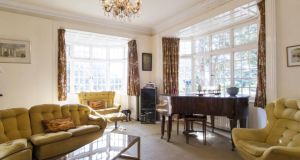 The Burnaby in Greystones is a little bit special. Built around the 1900s, the enclave of Edwardian houses was named for the swashbuckling Col Frederick Gustavus Burnaby, who had married into the land when he wed the equally adventurous Elizabeth Hawkins-Whitshed, a pioneer of international mountaineering. This was in the days when it was unheard of for women to climb mountains, never mind previously unconquered peaks.

Burnaby died before The Burnaby was built but his name stuck, and Craglands on the corner of Portland Road North and peaceful Hawkins Lane, is typical of the best of the houses here. The current owners have occupied it for 40 years, so new owners will want to step in with some of their own touches, including adding to the insulation, possibly a new kitchen, and a bit of freshening up.

“It was the space of it that attracted us,” says the owner, now retired and downsizing. “It’s not too big, and yet you don’t feel as if you’re living in an enormous place.”

He’s right, there’s a generosity to the layout of the 260sq m (2,800sq ft) home with four large reception rooms that have gorgeous Edwardian casement bay windows. There is a large kitchen/breakfast room and spacious bedrooms – five of them in all: three doubles, one en suite, and two singles. Some of these have glimpses of the sea.

The house is secluded, surrounded by mature planting, with lawns and beds. Flower beds also now occupy what was once a grass tennis court, which could easily be returned, if that’s your game. You can see the plinth for an original sundial on the slope in front of the terrace.

For sale with Sherry FitzGerald at €1.39 million, Craglands is in a brilliant location, with all the amenities of Greystones, including the golf club, tennis club, shops, schools, restaurants and Dart just down the road.

If you could stand to lose some of the delicious seclusion and a bit of your just over half acre of land, there’s an expired planning permission (from 2007) for a second house in the side garden that could be revived – just like the house itself.