Detached Dún Laoghaire Georgian with room to improve for €1.7m 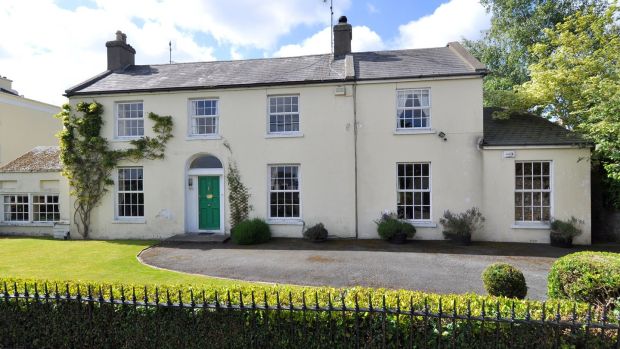 A Georgian house near the heart of Dún Laoghaire on about one-third of an acre has five bedrooms, an office at the side, and a sheltered 85ft by 95ft back garden. Built around 1820, it has been extended and upgraded in the nearly 40 years the vendor and his family have lived here, but the house “will need money spending on it” now, he agrees.

Alternatively, it could be redeveloped subject to planning permission; it is not a protected structure. A neighbouring period house was demolished some years ago and replaced by Bayview Court, a low-rise apartment development.

It could suit a large family or someone running a business from home. A buyer would likely revamp it extensively, especially at the back, creating a modern, open-plan space. But Ashleigh feels like a comfortable house, in spite of its size: family pictures cluster on shelves and tables, striking artworks line walls. The drawingroom on the right of the front hall feels like the heart of the home: it runs from the front to the back of the house, separated by a very wide arch, and opens through French doors into a small sunroom at the back. It has simple, elegant coving, a large white marble fireplace and a timber sash window.

A secret door on the right of the drawingroom, designed to look like part of the wall, opens into the 73sq m (790sq ft ) extension, built about 20 years ago as the owner’s office. A single room here runs from the front to the back of the house, with two smaller rooms and a bathroom off it.

The front hall has original features – a fanlight over the front door, a centre rose, simple ceiling cornicework and an elegant arch halfway along. On the left is the diningroom, with a tall sash window, original timber floor and fireplace with white timber mantelpiece.

A few steps from here lead down into a good-sized timber-floored kitchen/ breakfastroom in an extension at the side. It runs from the front to the back of the house, with a pantry room off it, a door into a family room and a door to a small courtyard outside, which in turn has a door opening into the back garden.

Upstairs, there are five bedrooms, all doubles, all with built-in wardrobes, two ensuite. The large main bedroom is above the office and has views of the sea from the large sash window to the front, as do the other two bedrooms at the front of the house. It has a very large ensuite bathroom at the back of the house.

The back garden is mainly in lawn, sheltered by tall trees that include firs, a chestnut tree and a very large bay tree. There is gated side access and plenty of room to park in the front garden, which has a side lawn.

Ashleigh is close to the York Road end of Tivoli Terrace South, across the road from a large playing field recently sold to a developer; it’s not known what the plans for the site are, but it is zoned F, for recreational use, in Dún Laoghaire’s Draft County Development Plan 2022-2028.

Sizeable and stylish Drumcondra duplex for €725,000