Dalkey cottage punches above its weight for €1.695m 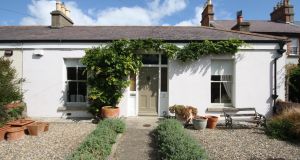 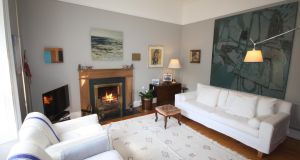 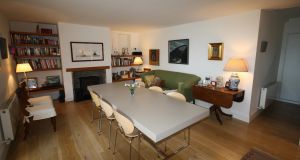 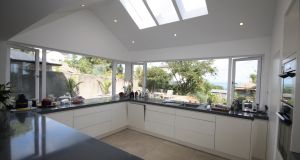 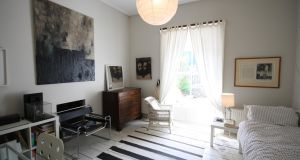 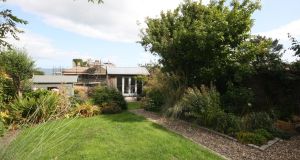 An early Victorian house on a quiet road in Dalkey, built in the 1840s, was revamped 10 years ago by its owners, who have lived there for 40 years. The “upside down” double-fronted house on Victoria Road was given a very modern makeover in 2008: upstairs, the house has simple period features, high ceilings, cornicing and sash windows. A few steps at the end of the front hall lead down to a contemporary open-plan living/dining/kitchen area.

Now the 171sq m (1,840sq ft) three-bed, just a short from Dalkey village, is for sale for €1.695 million through Crawford’s. It’s a very high price for a relatively small house, and seems to be very much valued on location. Agent Nick Crawford points to another terraced house opposite Finnegan’s pub on Sorrento Road, a short distance away, that sold for €1.6 million three years ago. Meanwhile, another with an address at nearby Rockfort Avenue sold in the recession for €740,000. Stokeville, a house currently being refurbished behind Ard Drum on Coliemore Road, sold last year for €1.345 million.

Ard Drum is one of a pair of houses built on a sharp bend on Victoria Road in 1840. It’s terraced and connected to one of two taller redbrick houses built later in the 19th century on this road that links Coliemore and Sorrento roads.

The gravelled front garden leads to a front door that opens into a short, timber-floored half-panelled front hall. The square living room on the left has high ceilings, an open fireplace and timber single-glazed sash windows, replicas of the originals; a room the same size on the right, currently fitted out as a bedroom/study, has scuffed white-painted floorboards.

The main bedroom behind it is a slightly smaller double room, with a window with sea views between Coliemore Road rooftops. New owners could reconnect these two bedrooms to create a living room, says the owner – originally, it was one long room. There’s a smart modern family bathroom with a polished oak floor, a bath and shower and a third double bedroom at the back which also has sea views.

Downstairs is modern, white and bright: the living/dining room stretches the width of the back of the house, with a modern fireplace at the livingroom end, and a wood-burning stove in the fireplace at the other end, beside a dining table which can extend to accommodate 12-plus people.

It’s divided from the very smart kitchen by a breakfast-bar topped like the rest of the counters with LG, a smooth composite material. The kitchen has an arched glazed ceiling and white soft-close units. A concealed door opens into a good-sized utility room which also serves as a back kitchen, with an extra oven and hob. There’s a smart downstairs bathroom with a walk-in shower here. Best of all are the two wide picture windows that look into the garden and across to the sea.

A door from the living room (and one from the utility room) opens into the gently sloping granite-walled back garden: this is lawned, with wide flowerbeds; a gravel path leads down to a single-room Shomera, used as a painting studio by one of the owners.

Ard Drum’s parking is on street. The family, which has three cars, says this hasn’t been a problem.