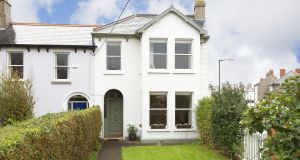 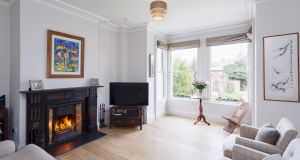 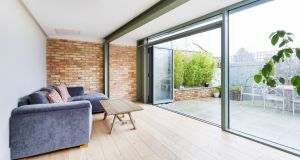 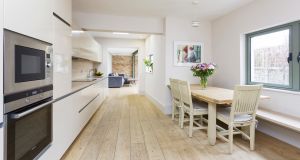 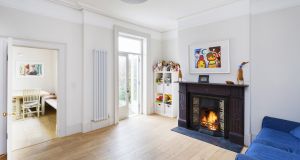 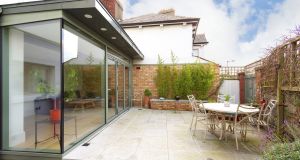 Ainswick House, dating from 1873, lies at the end of Prospect Terrace, just off Marine Drive in Sandymount. In addition to being the largest house on the terrace, it also enjoys the corner site, allowing the property to have three entrances.

Purchased by the owners in 2013 for €775,000, the house bears little resemblance to its previous form, as it has undergone a total refurbishment, with the addition of an extension to the rear.

The house is remarkably streamlined, with very little clutter, even though a family with two small children live here.

This is due to the fact that the redesign of the property changed what was the dining room, and is now a living room, to allow for a hidden wall of storage.

What appears to be a large wall of bookcases actually opens up – like a secret panel – to reveal a utility and cloakroom.

It was designed by Neill Burke Kennedy of NBK Architects, who took full advantage of the southerly aspect of the diningroom, replacing a small window with full-length French doors that open out on to the rear garden.

The contemporary kitchen by Kube offers lots of storage behind the high-gloss, handle- free units.

Two daylight panels overhead are very deceptive and give the impression that light is streaming in from the skylights above, whereas in fact they are trompe l’oeil LED panels.

The extension, while reducing the space in the rear garden, allows for a familyroom.

The use of reclaimed bricks on an internal wall echoes the old walls in the garden – visible through an entire wall of glass, which opens onto a granite patio – landscaped by Zoom Gardens in Sandymount.

A drawingroom lies to the front of the house and is floodlit, thanks to box bay windows that look out onto the 24m (79ft) front garden.

Upstairs on the return there is a double bedroom – currently used as an office – and the family bathroom, which is now treble the size of the original.

On the first floor are three further bedrooms; two large doubles and a small single. The master lies above the drawingroom and is also floodlit, thanks to a large bay window.

Ainswick House, with a footprint of 178sq m, is in turnkey condition.

For families, the location is perfect – just two minutes to the village and two minutes for strolls on the beach.

The house is for sale through Sherry FitzGerald with an asking price of €1.05 million.