Classic Reuben with dash in Rialto for €475k 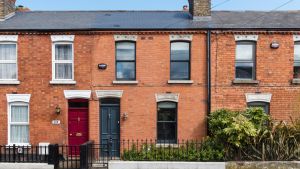 House prices in Rialto have risen sharply in the last couple of years, helped in part by the enhanced connectivity of the red line Luas and by the development of St James’s Hospital.

Recent notable sales include number 21 Rehoboth Place, a traditional two-up two-down that owners Eric Dunne and Conor Hudson paid €360,000 for in 2015 and which they completely transformed. It showcased on the 2017 series of RTÉ’s Home of the Year show and has now been sale agreed close to its €545,000 asking price.

Just across Dolphin’s Barn Street, on Reuben Street, one of several roads lined with Victorian redbricks, similar to those in Portobello, a number of mid-terrace properties have also sold in the last six months. Number 29, a two-bed, sold for €388,000 in October 2017, and number 30 sold, another two-bed, for €380,000 in January. Number 44, an extended three-bed, 95sq m (1,022sq ft) with a D1 Ber rating, which came to market asking €425,000, has been sale agreed for more than the asking price.

The owners of number 40 Reuben Street, bought their house in 2015, paying €270,000 for it, and since then have completely renovated it.

The hall is floored in smart dove grey and white checkerboard tiles, the reception rooms have been opened up and are floored in lovely pale oak, reclaimed parquet, redolent of Haussmann-era Paris and each has a cast-iron fireplace and built-in shelving and cabinetry.

The small sitting room to the front also features a clever device, a privacy plantation shutter that only shields the lower half of the window from the street, letting light in from above.

The kitchen, set to the rear overlooking the back garden, has a Belfast-style sink and cabinetry from the Victorian Kitchen Company that includes a larder unit. A space-saving banquette-cum-island floats in the centre of the room and dominates the space far less in real life than it does in the photos. Underfoot is a concrete-effect tile that has also been used outdoors in the patio to marry the two spaces together.

Upstairs there are three bedrooms. The original large front room has been divided into two smaller units and the attic has been converted into a smart space from where you can see the Poolbeg Towers.

The garden is stepped to facilitate a relic of old Dublin, a large water pipe once used to transport water to the Guinness Brewery at St James’s Gate.

The property measuring 103sq m (1,109sq ft) has on-street disc parking, and is on the market for €475,000 through agent SherryFitzGerald.

Turbocharge your barbecue: Tips from the pros for cooking over flames
6