Attention to detail in period gem in Dublin 4 for €3.75m

This five-bedroom, end-of-terrace redbrick in Donnybrook has been sensitively renovated and comes with a separate suite for use as a home office or a self-contained apartment 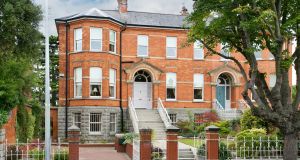 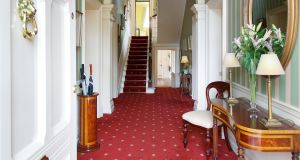 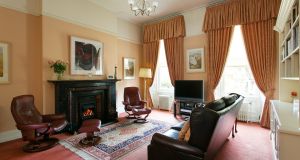 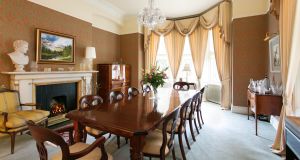 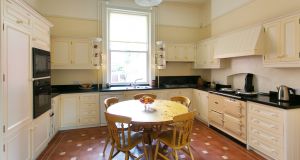 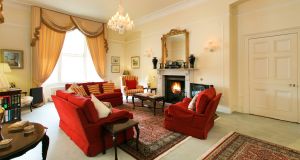 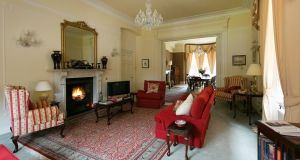 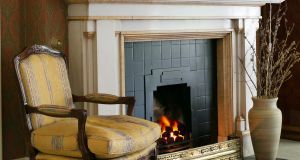 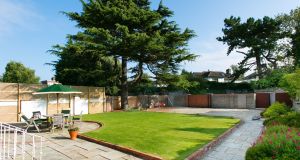 One of the advantages of finding a house that hasn’t been touched for years is that the period features are usually intact. With Bartra, a double-fronted Victorian house on Eglinton Road, this meant the current owners, who have lived here for a quarter of a century, may have had to reroof, rewire and replumb, but along the way they discovered gorgeous plaster and metal work, super stone, wood panelling and a working dumb waiter.

“The lease dates it to 1897,” the owner says. He’s a doctor, and for many years before he retired, he had his consulting rooms in the garden level suite. This has separate access, so there is the option of a home office or a substantial self-contained apartment.

There are six houses on the terrace, and Bartra, which is at the end, is the largest.

“The developer’s name was Arundel, and the story goes that the five other houses were for his son and four daughters.” I am not sure how many parents do that kind of thing for their children these days, but he definitely kept the best for himself.

From Georgian to Victorian, Dublin abounds in redbrick terraces in various states of repair and elegance, but you can usually spot the ones the builder or developer intended to keep for themselves. The devil is, as they say, in the detail.

In Bartra, this includes a repeating motif of arches, from the porch and inevitable fanlight through to the arch in the hallway to the curving ceiling on the first floor landing.

There are other lovely additions too: wrought ironwork on either side of the front door was intended to allow summer breezes through the house. This is protected by shutters, though the owners took the wise step of adding glazing.

The owners are downsizing: Bartra has 452sq m (4,875sq ft), so downsizing becomes inevitable. They had put the house on the market towards the end of 2015, but “weren’t quite convinced we actually wanted to sell”. This is unsurprising, as they had lovingly restored the house, maintained it to an immaculate standard and spent 24 years enjoying spacious and gracious living.

“When you’ve spent so long in a place and you love it so much, it takes a while to truly decide to sell.” The decision is made now, and the owners have fully committed, so it is on the market with Lisney at €3.75 million.

You get a lot of house for the hefty price tag – Bartra is two-storey-over-basement, with three ornate reception rooms, plus a charming kitchen and utility room on the ground floor, bathrooms on each return and five bedrooms upstairs. These are all exceptionally generous doubles, and the master, which is dual aspect and has a bay window, is also en suite.

There is parking to the front, while rear parking for several cars can be reached via a laneway. There is also a lawn and patios at the back, as well as an impressive cedar tree that is so special the fencing is curved to accommodate it. All this plus the location is ideal for schools, shops and access to the city.

Prepare for ‘new normal’ of paying subscriptions for optional extras
4

Creches reopen: ‘It was fantastic to just stand and hear the 22 kids playing’
7

‘Moving to Galway was the best decision of my life’
8