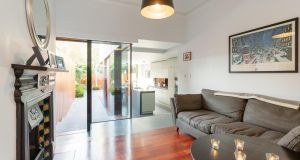 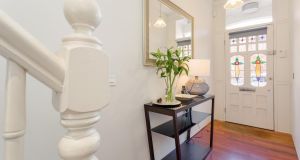 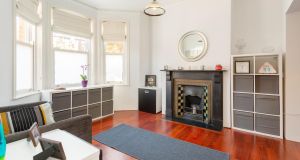 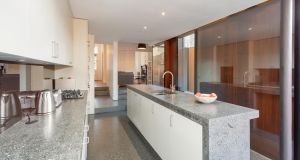 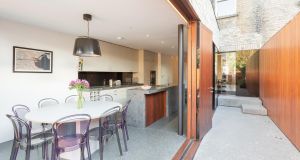 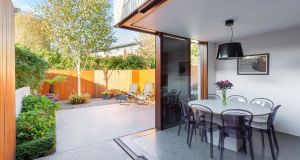 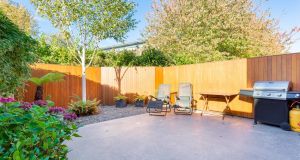 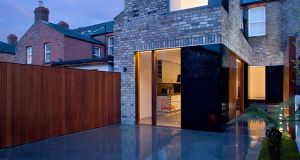 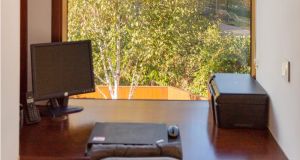 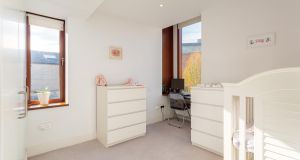 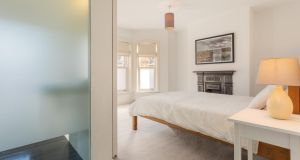 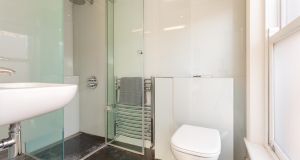 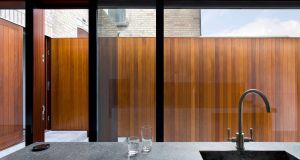 Period redbricks may be beautiful to look at but you pay a premium for that smart exterior when many of the interiors need a serious upgrade and reconfiguration to suit modern living.

The redbrick period properties on Hollybank Avenue Lower, a quiet cul de sac off Ranelagh’s Sandford Road, have pretty exteriors but those in need of modernisation often have small doubles and a box room by way of accommodation.

Those that have been upgraded can command high asking prices for what are relatively compact homes.

In February of the same year, number 5, across the street, a property of a similar size and layout, with an extension and an east-facing garden, sold for €780,000, according to the property price register.

Now number 22 Hollybank Avenue comes to market. It has a sunny, west-facing back garden and has been utterly reimagined since its businesswoman owner bought it in 2010 when it measured 94sq m /1011sq ft and was purchased for €540,000, according to the property price register.

She commissioned Allister Coyne, of Ailtireacht Architects, to extend the property and oversee the works, and the resulting jewel box, now 114sq m /1227sq ft in size, is light-filled with a broken plan layout downstairs that can be opened up or closed off depending on your mood. The result is a house that despite the large windows washing it in light, feels exceptionally private

Instead of the usual big glass box extension the result is restrained, with light penetrating the open-plan kitchen diner but never too blinding.

The materials have been kept to a minimum adding a real sense of cohesion to the ground level.

Polished and tinted concrete floors the entire downstairs with different textures delineating each area, there’s a coarse version, providing grip on the west-facing patio, it is smooth underfoot in the kitchen and the countertops and island top and apron have all been given an ultra smooth finish. The nuanced difference is only discernible in stockinged feet – something the underfloor heating throughout will enhance.

The concrete is contrasted by the use of sienna-coloured Sepele, that emulates the rich colour of mahogany.

This beautifully grained hardwood from Africa features in the timber windows, the property’s dividing walls and is used as a privacy screen in the garden. The windows, kitchen and floor to ceiling doors are all bespoke, designed by David Coyne of Oikos who also did the dining tables in Michelin star restaurant Chapter One.

There is room in the kitchen for a round dining table that comfortably seats eight and the room links, via a set of steps, to what would have originally been the dining room.

A tall sliding door, also Oikos, can be used to close off the front living room from the rest of the ground floor.

Upstairs the house now has three decent sized doubles with a big family bathroom and a shower en suite in the main bedroom, situated to the front of the property. Black Kilkenny limestone floors the bathrooms where there are electric devi mats to warm bare feet on winter mornings.

The garden needs minimal attention. A silver birch and some low-lying ferns frame the concrete base. And from here you can see that the next door neighbour also commissioned Coyne to upgrade her house.

It has a different aspect so internally is configured differently but from this vantage point they look like mirror versions of each other. The property, in walk-in condition, is seeking €850,000 through Young’s estate agents.

It's crystal clear, making this soup is a job for the dedicated, or the deluded
6

What is it like to be a Jehovah’s Witness family living in Ireland?
9