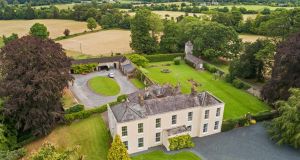 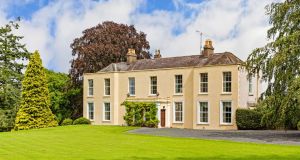 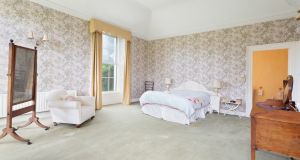 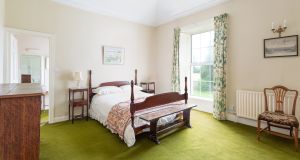 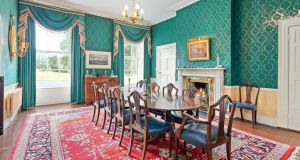 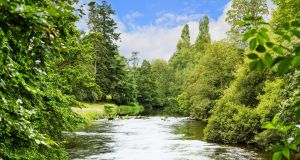 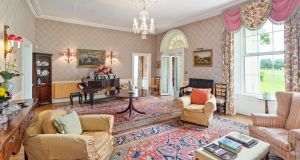 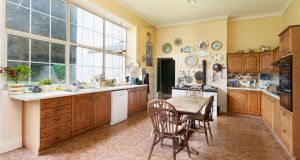 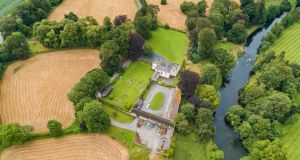 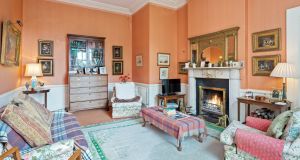 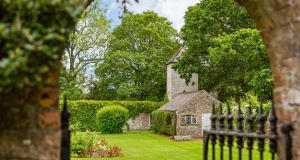 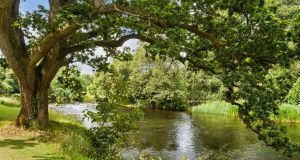 There’s something about Castlesize House in Sallins, Co Kildare, that makes you come over all Jilly Cooper. Maybe it’s the heaped logs in the entrance hall, waiting to warm all those generous open fires. Or the big squashy sofas, which have probably accommodated all manner of friendly dogs over their years or, more likely, it’s the innumerable prints, photographs and paintings of horses ranged about the place, lit by sunlight flooding through tall period windows.

On the banks of the river Liffey, and sitting on 37 acres, Castlesize is the home of former champion jockey Liam Ward. Ward rode for Vincent O’Brien, in a celebrated career that saw him bring the famous Nijinsky to victory in 1968, a ride he has described as “an absolute steering job”. A period as a breeder followed retirement, and then time spent stewarding at the nearby Naas racecourse. Horses never really leave you.

But Castlesize lives up to its name. At 483sq m (5,200sq ft), it’s a big house, although typical of its period, it eats up the space with huge rooms. There are just four bedrooms, all with en suites, but oceans of space to get creative and make them into more. The main bedroom suite has a very large dressing room that you could eye up for starters. As for views: choose between waking up to horses, or the river: simply pick the aspect to match your passion.

Downstairs, the reception rooms: hallway, sitting room, study, library and dining room are all elegant; but the kitchen could do with an upgrade. There is also a scullery, rear hall, utility room, office and boot room to conjure with. The ceilings are high, the plasterwork is in place, and there are lovely touches such as panelling and fan lights wherever you lay your eye.

In keeping with the whole Jilly Cooper vibe, there’s an air of slightly faded grandeur to the whole thing, and so new owners will want to work with it. Nevertheless, “it’s one of the finest country houses I have ever had to sell,” says Willie Coonan, of Coonan Property, who is handling the sale by auction in the Shelbourne Hotel on October 9th with an advised minimum value (AMV) of €3 million.

To the rear of the house is a stable yard, with eight stables, plus numerous useful outbuildings. There is also a second yard with dog kennels and a fuel shed. Beside these, a walled garden has a central ornamental pond, plus a very charming and atmospheric tower house. Inside, climb a precipitous pair of ladders to see where generations of children have probably had the night of their lives, as bunk beds show where they have set up adventurous camp.

There is also a gate lodge, with a sitting room, kitchen and bedroom, guarding the tree-lined avenue; and a two-bed gardener’s cottage too. An idyllic walk meanders through mature trees along the Liffey’s banks, until a vista opens on to neighbouring Millicent House, once home of Richard Griffith, who set up the original rates valuations in Ireland back in the 1700s. You can imagine the historic owners of the two beautiful houses, eyeing each other across the river, and wondering who had most envy for whom.