If the bank valuation drops on a house we want to buy, will the seller negotiate on price?

Property Clinic: As of yet, there is no evidence of a negative impact on house prices as a result of the pandemic 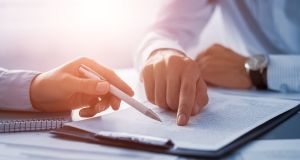 Would a developer/seller negotiate on the price of a new house if the bank final valuation drops?

We have been saving more than five years for a deposit on a house in Dublin. We had a very rough journey getting a mortgage, with one of us being self-employed. But in September 2019 we managed to get one. We have found the perfect house and are waiting for the construction to finish. The original completion date was March 2020 but it was pushed to May (before Covid-19) and then construction was halted for six weeks. So far no one can give us an estimate date when it will be finished.

In the meantime, we received a phone call from the bank that it could be an issue if they do not finish it before September as the application will then be invalid. On the other hand ,even if they finish, the valuation could say it’s not worth as much as previously. They advised us to try negotiating with the seller if that happens.

Would this be an option? Has anything like this ever happened with new builds to drop the price because of the valuation? Is there any plan to tell the banks to extend already approved mortgage applications? Construction was shut down for six weeks, yet the clock has not stopped ticking.

We really would like this house as it is in a perfect location and we are sick of paying huge rent for years.

Your query raises a number of issues. First, if the trend in the market valuation is less than the sale agreed price, would a builder (or any vendor) renegotiate? Second is the difficulty in arranging a mortgage in the first place, and finally the bank’s unwillingness to extend the loan offer.

To deal with the first issue – the general trend in the market. I wrote some weeks ago that I have seen no evidence of a negative impact on house prices as a result of the pandemic and that position remains. The CSO Residential Property Price Index reports a national increase of 0.5 per cent in the year to April. But there is a variation between Dublin and the rest of the country; and even variations within Dublin, with Fingal reporting a 2.7 per cent increase and DúnLaoghaire-Rathdown a decline of 1.8 per cent.

However, the survey comes with several health warnings. Because the RPPI is based on Revenue stamp duty returns, which have a 44-day submission deadline, only a fraction of the most recent data is available for April. Also, it takes many months for a sale to close once the price has been agreed so the price we see today could have been agreed six months ago.

In a more up-to-date survey, the property website Myhome.ie reported a drop in house prices nationally of just less than 3 per cent for the second quarter of the year. While this is more recent than the CSO survey, it is important to note that the survey is of newly listed asking prices and not selling prices, which I think reflects the sentiment of agents and homeowners when the pandemic hit.

I took a straw poll of colleagues inside and outside of Dublin over the past few weeks. They all report a similar trend: there is no reduction in sale agreed prices, and in some cases even some evidence of increases. In my office the trend of the past few months has continued; where purchasers’ jobs have not been affected they have completed the sales at the original sale agreed price. Those on Covid payments who have returned to work on a non-subsidised salary have also been able to complete.

However, in most cases where employees have returned to work on Covid subsidised salaries, the banks will not allow them to draw down funds. Several purchasers are reporting the same experience of the mortgage application process – they do not wish to go through it again. Regrettably, the banks are very rigid and are not extending the time period for drawdown.

Regarding your specific situation, I think there are a few things you need to do now. Obtain a firm completion date from your builder. It should be possible to establish this; the site was closed for about six weeks, so presumably he is about six weeks behind schedule unless there are other non-Covid delays. You should have a fair idea yourself from the site progress.

Secondly, the first valuation should have already been carried out. I presume this figure was fine, and I would be very surprised if there was a problem with the second/final valuation. If this valuation was not done, see about having it carried out now and this will bring your issue to a head.

Has the bank issued you your loan pack? If not, find out why. Again, there should be no delay here. Has your solicitor received contracts for the purchase of the house? Talk to him/her now to establish if there are any potential issues in this regard.

From both a buyer and seller’s perspective, a far more hands-on approach is needed on both sides of the equation, with each specific aspect in the transaction needing input. Follow up with the solicitors to ensure they’re driving the transaction and keep after the bank to ensure it is working through the loan approval conditions.

Buying and selling a property is stressful, but the vast majority do complete and the reward of opening the door of your new home can quickly erase the battle scars.

Ed Carey is a chartered residential agency surveyor and member of the Society of Chartered Surveyors Ireland, scsi.ie.