I work in London and am buying a rental in Ireland. What about tax? 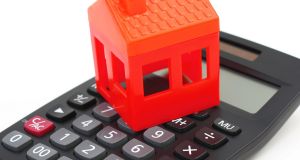 Having left Ireland during the economic turmoil in 2010 to work in London I am now looking to return to Ireland. I have been approved for a mortgage in principal for a buy-to-let while I continue to live in London. Buying while working in London allows for larger borrowing due to the salary difference between areas and the slight difference in the exchange rate. I intend to move back to Ireland at a later date and live in the property. I am hesitant to place a bid given the taxation on a buy-to-let mortgage coupled with working overseas. I have a series of questions as follows:

1. What are the tax implications? Will it benefit me not to be working in Ireland (no salary – tax band low?). Or will I be set in a higher rate of tax as a non-resident?

Generally a person who is not tax resident in Ireland would be liable to Irish tax only on income derived from Irish sources or on capital gains derived from a sale of an Irish-based asset.

While professional advice should always be taken to determine how these general principles apply to one’s own circumstances, it is quite likely that an Irish citizen living and working in the UK for several years would not be Irish tax resident and would therefore come within the scope of Irish tax on Irish sourced income only. It should be noted specifically that rental profits arising from Irish-based property will always come within the scope of Irish tax.

There is no specific higher tax rate applicable to Irish rental income accruing to non-residents than to Irish tax residents and in the vast majority of cases the standard 20 per cent rate will adequately cover the income tax liability arising, though care will be required in determining if a PRSI/USC charge also arises.

2. Tenants of non-resident landlords are supposed to deduct tax from their rents – this makes the rental process more difficult in that it may put off potential tenants. Also, if tenants decided not to pay and move out – would this leave me to foot the tax bill for the previous months? Does revenue enforce this? Would they accept a non-residential Irish landlord to make the payments?

It is the case that tenants paying rents to non-resident landlords should deduct tax at 20 per cent and remit to Revenue. This 20 per cent withheld is of course available to the landlord as a credit against the ultimate Irish tax liability.

3. If a management company is employed – can this be offset against tax?

Expenses wholly and exclusively incurred in producing rental income are tax deductible. This would include matters such as bona fide fees paid to a management company together with repairs/maintenance, letting fees, etc. Expenses of managing the property incurred by the owner not exceeding 12.5 per cent of the rent would generally be deductible as long as they can be verified. Taxpayers are obliged to maintain records of all expenses incurred for a period of six years.

4. There is a double taxation agreement between the UK and Ireland. Could I end up paying tax in the UK for an Irish property? Or could I get tax deductions in my salary in the UK? What happens after Brexit?

In the case where a non-resident pays Irish tax on rental profits derived from a property in Ireland this source of income will also need to be declared in the UK – assuming your job in London results in you being regarded as a UK tax resident. However, credit will be available against the UK tax liability for the Irish tax already paid subject to various computational issues under the Ireland/UK double tax agreement.

The underlying principle of double tax agreements is to establish a mechanism of relieving a taxpayer from a double charge to tax and is overseen on an international basis by the Organisation for Economic Cooperation and Development (OECD). The OECD is separate from the EU and while one can never foretell the future with certainty, it is unlikely that Brexit would have any significant impact on the terms of the Ireland/UK double tax agreement or its practical implementation in so far as it applies to this matter.

5. What are the major pitfalls when buying overseas?

Always obtain local advice from professionals such as estate agents, accountants and solicitors in the country in which you intend buying a property. From a tax perspective, following the principles outlined above an Irish tax resident in receipt of rent from an overseas property will, in addition to local taxes, also have to pay Irish tax on the profits arising, subject to a possible credit for those local taxes already paid.