How can apartment owners avoid the hit for building defects?

There are essentially four protections for apartment owners 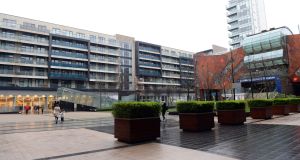 Beacon South Quarter at Sandyford, Co Dublin. Almost 600 apartment owners in the apartment complex were told they must pay an average of €10,000 each to fix serious defects. Photograph: Eric Luke

Apartment blocks are now a familiar feature of the Irish skyline. But up to 500,000 people living in apartments, mostly in Dublin, Cork and Limerick, are now worried whether they will be the next Beacon South Quarter.

Almost 600 apartment owners in the Sandyford, Co Dublin, apartment complex were told last week that they must pay an average of €10,000 each to fix serious defects in their apartment blocks relating to both water ingress and fire safety. Some suggestions put the figure closer to €30,000 per apartment.

There are various protections for apartment owners against being handed a nightmare bill for apartment building repairs and renovations.

The first advice for apartment owners is to be aware. Financial cover and protections are often for limited periods – and arguably for when they are least needed – or they may be either insufficient or have not kept apace with renovation or repair costs.

There are essentially four protections for apartment owners. Over time all four may disappear or may not provide the critical protection needed to pay for essential “rainy day” repairs or unexpected defects in the building.

The first protection for apartment owners is a structural defects indemnity by the original builder guaranteeing to rectify structural defects that appear within a period of up to two years. While useful against early structural problems, problems may only become evident after the two years, and, even if before, the builder’s companies may be dissolved, which could be a problem.

Homebond is operated by Homebond Insurance Services Limited, and underwritten by Allianz Insurance. Premier, which is regulated by the Financial Conduct Authority of England, operates its claims section through the OSG Group in Dublin 4.

Premier says it provides cover against structural faults or defects which may arise within 10 years of completion of the building.

Dates and definitions are important. Ten years is a short time in the life of a building. So, if they do not apply, then what?

The management company will have a block insurance policy in place. What does it cover, and what does it not cover?

Many management company have residents’ committees. Most of the large apartment complexes also have professional managing agents, which is highly recommended. They will know. They will also know when was the last structural survey of the building completed. Unfortunately, the Multi-Unit Developments (Mud) Act of 2011 does not make it compulsory for periodic structural surveys to be carried out.

So, if the bill is not being picked up by any of these three protections, the final and fourth defence is a sinking fund for the apartment complex itself which is funded by the apartment owners. Sinking funds are intended to fund once-off and foreseeable expenditures, such as lift replacements or roof repairs.

These are matters that should be discussed with professional assistance at agms. Apartment complexes such as Priory Hall in north Dublin and Longboat Quay in the Docklands area of central Dublin are nightmare scenarios to be avoided.

A well-funded sinking fund is the ultimate protection against a very unpleasant bill arriving through the letterbox from the apartment management company. The Mud Act, despite its huge improvements, does not require a realistic minimum sinking fund. Most sinking funds are under-funded, some very much so.

Contingency funds tend to be under-funded. None of us want to pay more now than we have to. The Act provides for an annual minimum contribution of €200 which may be very inadequate. To make matters worse the Act allows apartment owners to vote to even reduce the €200 figure.

An individual or couple buying an apartment, or a bank giving a mortgage loan on one apartment, will not want to incur the expense of a structural survey on the entire apartment block for obvious reasons. They rely on documents furnished by the builder, including surveyors’ certificates confirming compliance with planning for which details plans and specifications were required by the local planning authority.

When the Act was being debated in the Dáil in October 2010, there was opposition to the argument of the then minister for justice and law reform Dermot Ahern TD for professional input on the funding of contingency funds. It was decided to largely leave it to apartment owners. It was a missed opportunity.

Apartment living for families is commonplace in mainland Europe. It is growing in popularity here. Census 2016 figures to be released later this year will tell us more. What we now know is that apartment owners must remain vigilant and that the law needs updating.

Pat Igoe is a solicitor and author of Buying and Selling Property in Ireland; Estate Agents and the Law’ (2013) Blackhall Publishing