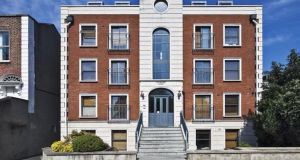 The complex, Sycamore Court at 75 Rathgar Road, on a third of an acre, was placed on the market by Goodbody Stockbrokers Nominees through agent Hooke & MacDonald guiding €5.5 million in recent months. The buyer is understood to be a UK-based investment fund.

Goodbody Stockbroker Nominees, a wholly owned subsidiary of Goodbody Stockbrokers, according to company filings has benefited from both a strong increase in rents and a contraction in residential investment yields during its period of ownership.

Since purchasing the block, the rent roll has increased by over 42 per cent to €306,408 per annum, which equates to an initial gross yield of 5.09 per cent for the buyer.

Due to the timing of its purchase, Goodbody’s sale of the Dublin 6 complex is likely to be exempt from capital gains tax (CGT). The Finance Act 2012 introduced a CGT exemption (later amended by the Finance Acts 2013 and 2017) whereby the sale of property purchased between December 7th, 2011, and December 31st, 2014, is fully exempt from CGT when held for a period of for four to seven years.

If exempt from CGT, Goodbody’s €3.725 million profit represents a 162 per cent return on its initial investment.

While the agent’s marketing material indicates that half of the apartments have been refurbished, these costs would likely have been absorbed by the €1 million-plus in rents collected in the last six years based on quoted rent roll.