Swanzy’s cubist art, birds of prey and antlers: what sold in the auction rooms

Results and forthcoming auctions and fairs 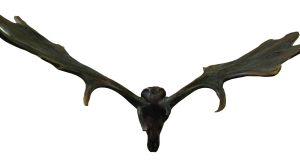 To include a rare marble portrait bust by sculptor John Henry Foley of Sir Benajmin Lee Guinness 1st Baronet of Ashford; one of Ireland’s most famous statesmen and entrepreneurs, who restored St Patrick’s Cathedral and upon his death was in the process of the restoration of Archbishop Marsh’s library, which was completed by his son Arthur. (€20,000–€30,000)

'I contracted the virus, and then I lost my mum'
6

Irish woman in San Francisco: Life is quiet but everyone is exercising
7

Good News: Pandas finally get jiggy with it, and five other things making us happy today
8

Róisín Ingle: I nearly asked a stranger for her number. It’s the isolation talking
Real news has value SUBSCRIBE