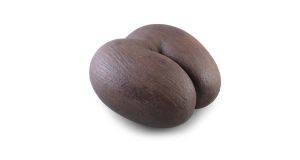 Adam’s of St Stephen’s Green is holding its final At Home auction of 2019 on December 15th, and the catalogue of over 500 lots includes a collection of 30 pieces of important Irish cut glass from the 18th and 19th century.

While other offerings include breakfast and smaller tables that would work for apartments and smaller homes, by far the most interesting table is lot 264, a superb circular expanding dining table in the manner of Johnson Jupe & Co, who patented this type of table in the early 1800s. Not only is it a beautiful table, the way it fits together like pieces of a jigsaw blade is a remarkable feat of both engineering and craftsmanship (€2,000-€3,000).

Lot 378, a 9ct gold cigarette case, comes from Renvyle House Hotel in Connemara. The inscription on the case reads O St J G, as the house was once the former residence of surgeon, poet, author and politician Oliver St John Gogarty.

Gogarty purchased the house in 1917, when he was a familiar sight on the roads in the west in his buttercup-coloured Rolls-Royce. When the house was burned to the ground by anti-Treaty forces in 1922, he took his family to London until 1924.

Famous for his witticisms and pranks, Gogarty at one stage tried to have the phoenix statue in the Phoenix Park included in the 1929 Wild Birds Protection Bill. He is buried close to Renvyle House, at Cartron Church in Moyard. The cigarette case is estimated at €800-€1,200.

The most renowned feature of coco de mer – a type of palm – which translates as coconut of the sea, are its enormous seeds, the largest and heaviest in the plant kingdom, which can weigh up to 42kg.

But it is the shape and not the size of the seeds that makes coco de mer famous as they bear an uncanny resemblance to the human female bottom. Indeed, one of coco de mer’s archaic botanical names was Lodoicea callipyge, where callipyge in Greek means “beautiful buttocks”.

Ferdinand Magellan, the Portuguese explorer, recorded these nuts, which he found floating on the surface of the ocean, but for centuries their exact origins were unknown, as the palms are only found growing in the wild on two islands in the world: Praslin and Curieuse, both located in the Seychelles.

According to Malay folklore, this mysterious nut grew on a magic tree in a massive whirlpool known as the Navel of the Seas, as they first sink to the bottom of the ocean before rising to the surface.

Considered a panacea for poisoning, apoplexy, epilepsy and as a powerful aphrodisiac, the nuts were highly prized among royalty. In the Maldives, nuts found on beaches had to be given to the king and those who kept them did so under the threat of death. It is recorded that a coco de mer nut was acquired by Emperor Rudolph II von Habsburg (1552-1612) for 4,000 gold florins, a small fortune even by today’s standards.

When Major General Charles George Gordon of the British Army landed on Vallée de Mai on the island of Praslin in the Seychelles in 1881, he was convinced he had found the biblical Garden of Eden.

An ardent Christian cosmologist who at one time was Governor General of Sudan and a supporter of Home Rule in Ireland, Gordon was positive that the palm was the biblical Tree of Knowledge, and that it’s fruit was the forbidden fruit that Eve offered Adam in the Garden of Eden. Though Eve would have needed a crane to pluck the fruit of temptation from the 80ft-high trees, while Adam would have certainly broken his teeth on the hard kernel of the nut.

The phallic male flowers look like catkins and can measure up to 1 metre long, making them the longest male flowers in the world, while the leaves, which have a lifespan of over 50 years, are also the largest in the plant world.

It still remains a mystery as to how these palms procreate, as there are both female and male trees, but legend has it that male trees uproot themselves and approach female trees during stormy nights. Apparently the lovemaking trees are rather shy, and lore has it that whoever sees the trees mating will die or go blind.

The fact that even today the pollination of the coco de mer is not fully understood is one of the factors behind the stories – which are as tall as the palms themselves.

In the Seychelles coco de mer are protected, with fines up to €40,000 and two years in prison for illegal trade in these mysterious kernels. Adams. ie