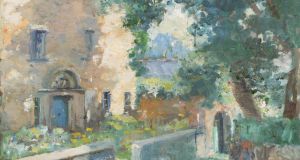 The artist Kenneth Webb, whose latest exhibition of paintings is currently at the Kenny Gallery, Galway, was born in 1927 and not in 1917, as stated last week.