Such is the demand for tourist beds, established hotels in the capital are reconfiguring rooms and office spaces to cash in 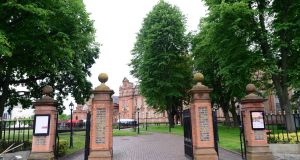 The Clayton Hotel in Ballsbridge, Dublin. Dalata is hoping to add 37 rooms, bringing the total to to 341. Photograph: Dara Mac Dónaill 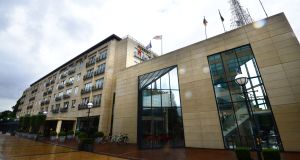 The Herbert Park Hotel, also in Ballsbridge. Planning has been sought in recent weeks for the construction of three substantial lateral extensions to the building. Photograph: Dara Mac Dónaill 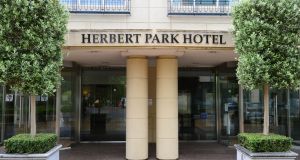 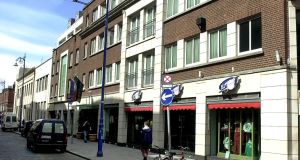 The Morgan Hotel, Temple Bar, Dublin. Permission has been granted for the construction of a new sixth storey on top of its two existing blocks. Photograph: David Sleator

With high occupancy rates, constantly increasing room prices and few new city centre hotels on the horizon, well-established Dublin City hotels are reconfiguring existing rooms and expanding in the hope of cashing in on demand.

In Ballsbridge, Irish Property QIAIF, a tax-efficient investment vehicle backed by billionaire John Malone, has been granted planning permission to reconfiguree InterContinental Dublin (formerly the Four Seasons), which was purchased for around €50 million last year.

Ten luxurious suites are to be split in order to accommodate 20 smaller rooms. Likewise, an area of the first floor currently occupied by management offices will be converted into 10 new bedrooms, adding a total of 20 new rooms to the upmarket hotel.

Directly across the street, Dalata is hoping to add 37 rooms to its Clayton Hotel (formerly Bewley’s). The plan involves the demolition of the existing roof structures and the construction of an enlarged fifth floor, with a minor extension to the third and fourth floors. Once completed tThe hotel currently comprises 304 rooms, which would be increased to 341 should they succeed in obtaining planning permission. 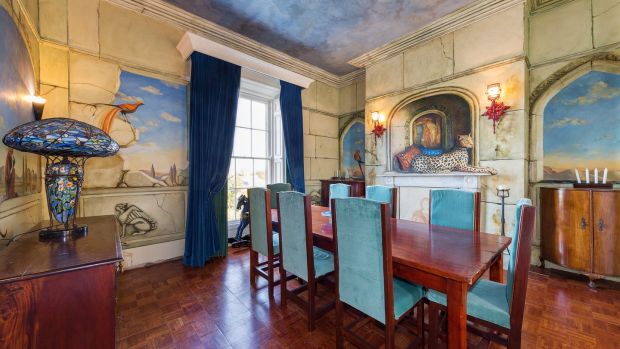 Also in Ballsbridge, the Herbert Park Hotel, owned by the McSharry and Kennedy building families, is set to expand. Planning has been granted in recent weeks for the construction of three substantial lateral extensions, extending to 1,014sq m (10,915sq ft) in total. Once completed, the total number of rooms in the hotel will grow from 155 to 187.

In the centre of Dublin 2, the Parliament Hotel on Lord Edward Street is set to undergo major changes under the stewardship of its new owner, Halstonville, which is controlled by Goldman Sachs, and Howth-based duo Gerry Houlihan and Aidan Crowe.

The plans involve the restoration and refurbishment of the existing hotel and the construction of a new seven storey over basement building which will be linked to the existing hotel via a second-floor glazed bridge spanning Copper Alley. A building known as Fashion House, located at 18 Exchange Street Upper, is to be demolished to accommodate the substantial new seven-storey structure.

The result of the dramatic proposed changes would be an upscale boutique hotel with 128 rooms in all. However Dublin City Council has yet to grant permission for the plans, having recently requested further information from Halstonville.

On the same street, The Fleet Street Hotel’s owners are seeking to construct a three-storey extension to its third, fourth and fifth floors and to alter the layout of existing rooms, which will lead to an overall increase in room numbers from 93 to 107.

Both the Irish Tourism Industry Confederation and Jones Lang LaSalle’s hotel reports from last year estimate that Dublin needs 5,000 new hotel rooms. While the increase in rooms that will come on stream from the extension of the above hotels will be relatively modest, it is nonetheless a step in the right direction, especially when coupled with the proposed new hotels planned by various developers.

In 2013 the Cosgraves purchased the freehold interest in Numbers 6-8 at auction for a mere €145,000 and went on to secure planning permission for 10 exceptionally large two-bedroom apartments, a commercial unit and car parking. It is a sign of the times and a testament to the increasing demand for hotels that the new application has seen plans for apartments ditched in favour of building valuable hotel rooms. The recently submitted application includes neighbouring 9-11 Hendrick Street, on which the Cosgraves hold a long leasehold interest.

What can €120k buy you in Italy, Greece, Cyprus, Lithuania and Louth?
6

‘My mother is a controlling, manipulative, narcissistic person'
Real news has value SUBSCRIBE