Does a developer have voting rights at our management company agm?

Property Clinic: Voting rights of the members in an owners’ management company in a mixed-use development are apportioned in a manner which is “fair and equitable”. 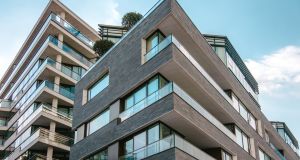 Your situation is not unusual as many developments were being built and sold in phases during the boom and construction then ceased once the recession hit. As an investor has now purchased the unfinished parts of your estate, and presumably plans to finish/fit them out for letting/selling, you are left in a situation of having to engage with these issues.

As the development comprises apartments, commercial units and a hotel, it is defined as a mixed use multi-unit development under the 2011 Multi-Unit Developments (Mud) Act.

A first issue arising from your query is to verify that the development to which you refer is actually one development and comes under the auspices of a single owners’ management company (OMC). Even though the different buildings share the same campus, this is not always the case and it could be, for example, that the hotel does not form part of the OMC (but has rights of access etc).

To verify this, there should be an original Management Company Agreement which would have been put in place between the original developer and the OMC. This should set out the responsibilities of the OMC and define the common areas of the development for which it is responsible. If your OMC has a licensed managing agent, then it should hold a copy of this. If it does not, then contact your solicitor as it should form part of the title documents for your own property also.

In relation to the voting rights of commercial units in a mixed-use development, there is not a requirement for one unit, one vote. (This is different to residential units, where the Act specifies that one vote attaches to each residential unit). Instead, the Act requires that the voting rights of the members in an owners’ management company in a mixed-use development are apportioned in a manner which is “fair and equitable”.

To find out what voting rights the commercial units and the hotel have, you should review the constitution of the OMC (also known as the memorandum and articles of the company). Again, your managing agent should have this. If it does not, you should be able to source a copy via the Companies’ Registration Office, where a copy of every company’s constitution should be lodged. If you are still having problems sourcing it, you should ask a solicitor to assist you.

The Act does not define what is fair and equitable as regards voting rights for commercial units but one way of thinking about that would be as regards the amounts that the commercial units pay into the annual OMC budget. If they pay very little and use just a small part of the services, then they should probably not have too great a say in the affairs of the OMC. By contrast, if they pay a big proportion of the annual budget, then they would likely have the right to a major say in the business of the company.

This raises the general issue of the payment of service charges. A common clause in the constitution of any company is that members of the company who owe money to the company would not have the right to a vote at general meetings. This is often used, for example, to prevent property owners in arrears on their service charges from voting at an agm. You would need to again check your OMC constitution in this regard.

However, it is possible that, as the commercial units and hotel are unfinished, and may not even be defined as being in the “relevant parts” of the development (see above), that they have not been contributing service charges to the OMC. If so then it is unlikely they would be entitled to a vote at the forthcoming agm.

As there are a number of inter-related issues mentioned above, it may be that the OMC now needs to get an experienced solicitor to ensure that all of these matters are dealt with properly and in a way that will be sustainable into the future and will work to the benefit of the development as a whole.