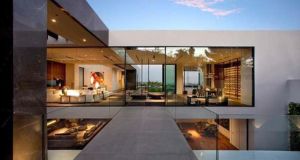 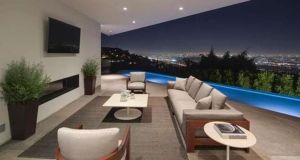 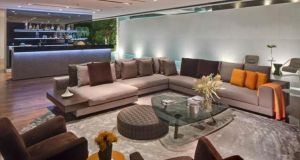 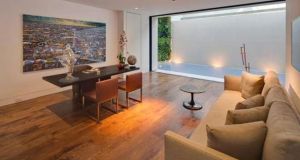 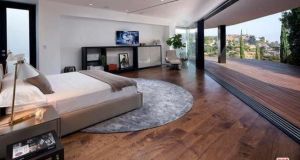 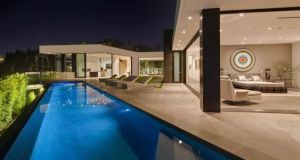 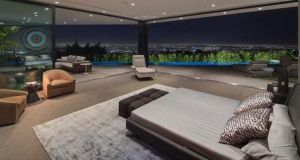 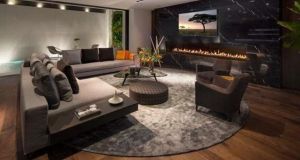 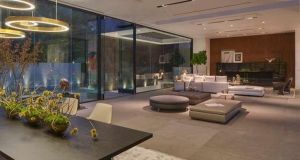 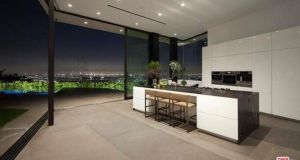 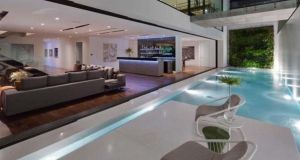 McKillen (28), who also co-owns a number of restaurants in Los Angeles, bought the substantial 9,300 sq ft property in the “Bird Streets” area of Hollywood in 2012 for $6 million. He oversaw the lavish contemporary refurb which was completed late last year, and the property was placed on the market in January for just under €30 million. The sale was handled by Dean’s brother Tyrone McKillen and Drew Fenton of real estate agents Hilton&Hyland.

The purchase is a departure for Calvin Klein, who doesn’t usually buy newly completed properties, preferring instead to put his own stamp on them. However, the luxury five-bedroom property ticks all the boxes for the 72-year-old fashion mogul’s arrival on the west coast of the US, with its catwalk entry and entire walls of glass.

The house on Tanager Way features automated retractable floor-to-ceiling glass walls, which open to a lawn and an infinity pool with views of downtown Los Angeles and the Pacific Ocean. The entry features a bridge over a waterfall and a reflecting pool. Inside, the open-plan layout has 13-foot ceilings, disappearing walls, a dining room with glass enclosed wine room and a screening room. The master suite has a private covered terrace with a fireplace. There is also an observation deck and an eight-car garage.

This is not Dean McKillen’s first foray into the residential property market. In 2013 he sold a mansion he developed to an Iranian hotel and nightclub tycoon, nicknamed Los Angeles’s “King of the Night”, for $39m. McKillen also part-owns and operates one of LA’s trendiest restaurant/nightclubs, Laurel Hardware on Santa Monica Boulevard.

Meanwhile, the eldest of the McKillens, Paddy Jr (31), continues to build an extensive residential and hospitality property portfolio on this side of the Atlantic with the Dean Hotel and nightclub Everleigh Gardens on Harcourt Street, the Bison Bar on Wellington Quay, Peruke & Periwig on Dawson St and Mary’s Bar on Wicklow Street just some of his company’s trendy Dublin venues.