Buildings at risk: Dublin Garda stations in need of protection 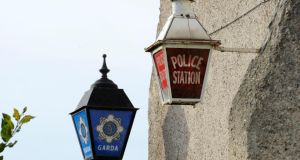 Kevin St Garda station, Dublin 8: the building is on the site of a medieval palace in one of Dublin’s most historic quarters. Photograph: Dave Meehan 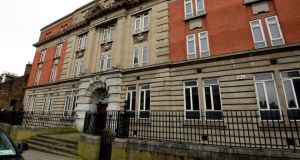 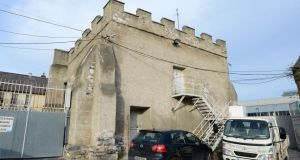 Kevin St Garda station: the high medieval roofs were replaced and most of the crenellated battlements removed when the building became a police station. Photograph: Dave Meehan

In 2014, 21 Garda Stations were sold or sale agreed by the Office of Public Works (OPW), taking in more than €1,800,000 in total. Sixteen were assigned for use by community groups.

In the midst of this social change, the historical significance of some stations has come to light. For instance, some Garda stations were originally built for the Royal Irish Constabulary and were often the most prominent building in their town or village. Their architecture is often quite striking and originally had a semi-defensive design.

In Dublin, a number of Garda stations are on the record of protected structures. These include Pearse Street Garda station; Kilmainham Lane Garda station and its entrance gates and boundary wall; and the facade of Whitehall Garda station on Griffith Avenue, which is to be refurbished for use as a city mortuary and the State pathologist’s offices.

Why is it of interest? Kevin Street Garda station is on the site of a medieval palace in one of Dublin’s most historic quarters. Marsh’s Library, St Patrick’s Cathedral and St Sepulchre, the 14th-century episcopal palace formed the original core of the ancient Liberties of St Patrick and St Sepulchre, outside the city walls on the east bank of the river Poddle. The palace was called St Sepulchre to commemorate the medieval crusades to free Jerusalem and the “Holy Sepulchre” from Muslim domination.

According to an OPW historical report written by Arthur Gibney and Partners, the building included a large stone hall and annex which still remain within the current building. The palace was extensively rebuilt in the 16th century and became a highly desirable residence at this time.

After the Reformation it was used by the king’s lord deputies but by the end of the 16th century the palace was back in the hands of the archbishops and the home of Archbishop Adam Loftus, who also built Rathfarnham Castle.

A subsequent occupant, Archbishop Marsh, oversaw the building of Marsh’s Library; and his successor, William King, remodelled the building entirely. However, it ended its days as a palace when, in 1906, Archbishop Charles Agar moved his residence to 16 St Stephen’s Green. The former palace was then converted to use as a barracks for mounted constables of the Dublin Metropolitan Police.

What state of dereliction is it in? The high medieval roofs were replaced and most of the crenellated battlements removed when the building became a police station. The windows – most now in a poor state – have been replaced at various times resulting in a mishmash of styles.

The external walls were covered with rough plaster rendering although, according to the OPW report, the medieval rubble masonry and a 16th-century doorcase facing the cathedral have been preserved under this plaster coating. All that is evident at present of the older structure is the large corridors and deep stone walls. There are various leaks in the roof structure.

What repairs have been carried out? The building has been unsuitable as a regional headquarters for the Garda for some time. The public offices at the southeast corner are very inadequate and any repair works that have been carried out have been superficial. Who is championing its cause? The Dublin Civic Trust has a keen interest in any future developments at the site.

“It’s an immensely important complex of buildings, as there are very few surviving buildings from the late 1600s and early 1700s. A lot of the current interventions to the buildings have been superficial and any future use would require it to be very carefully unpicked to reveal hidden mullioned windows. It has important features including a barley sugar staircase and a post-Reformation double door case on the first floor,” says Graham Hickey, research officer at Dublin Civic Trust.

“One of the most obvious choices of use for the building would be a civic museum, which Dublin hasn’t had since the Dublin Civic Museum closed on South William Street. It could be knitted together with St Patrick’s Cathedral and Marsh’s Library as part of a pre-Georgian island in a cultural hub adjacent to the National Archives on Bishop Street.”

Dr Jason McElligott, keeper of Marsh’s Library also has a strong interest in what happens to the Garda station. “If it becomes derelict it would be problematic – particularly when the DIT buildings on the street become unoccupied in the future,” he says.

“We suggest the site could be turned into a Jonathan Swift centre with a focus on Gulliver’s Travels – which is hugely popular in the US and Asia. This would marry interest in St Patrick’s Cathedral, where Swift was dean from 1713 to 1745. When Archbishop Marsh first built the library there was an interconnecting tower to the palace – his astronomical tower where he viewed the skies. It would make sense to reconstitute this link.”

What happens next? Building work on a new Garda station in the former car park along Bride Street and Kevin Street is due to start later this year and due to be completed by 2017. The new station was originally due to be built before the financial crisis but, like many State infrastructural projects, it was postponed. The aforementioned OPW historical report acknowledges the huge historical significance of the current Garda station: “Medieval archiepiscopal palaces are a unique building typology in Ireland – having survived centuries of war and invasion and immense political change over eight centuries. It has housed 42 archbishops . . . and is an integral part – with St Patrick’s Cathedral and Marsh’s Library – of a large historic precinct. To promote this significance it is necessary to find a new use which would encourage its public identity and its congruity with the adjoining historic buildings.”

The OPW is currently considering the best future use for the building.

Why is it of interest? The purpose-built early-20th-century four-storey-over-basement Garda station on Fitzgibbon Street, off Mountjoy Square, Dublin, is one of the most striking buildings on this street. Extending to seven bays, the house has a three-bay centrepiece portal with pilasters supporting a broken segment-headed pediment. The National Inventory of Architectural Heritage has recommended that it is added to the list of protected structures in Dublin 1 as part of the review of the Dublin City Development Plan.

What state of dereliction is it in? The building has been unoccupied since the Garda station closed in 2011. Some windows have been broken and the basement door has been left open to the elements. All the windows are boarded up at the back to prevent access. A new Garda station has opened at 29A Fitzgibbon St, the Georgian house next door.

What repairs have been carried out? None to date.

Who is championing its cause? The Mountjoy Square Society has been actively pursuing the issue since the Garda station closed. “What’s of concern to us is that there was no official announcement that the Garda station would close permanently. We were told that it was closing temporarily due to health and safety issues and that it would be upgraded,” says Garrett Fennell of the society. According to its spring newsletter there is widespread support for the refurbishment and reopening of the Garda station as initially planned.

Karin O’Flanaghan, a resident on nearby Mountjoy Square, adds: “With 40 gardaí in the station it was a hub of activity and we had a personal relationship with the gardaí which allowed them to keep a lid on antisocial behaviour in Mountjoy Square. I see the closure of the station as State-sanctioned dereliction.”

What happens next? Local TD Maureen O’Sullivan says: “There is a need for space for community groups to meet or a small business enterprise centre.”

The OPW says: “A major part of Garda functions previously carried out from Fitzgibbon Street are now located in the refurbished and expanded Mountjoy Garda station. There are no current plans to carry out development at Fitzgibbon Street.”

If you have information about an important building that has fallen into disrepair, please email buildingsatrisk@ irishtimes.com

The clitoris has 8,000 nerve endings (and nine other things we learned from a new artwork)
5

Yotam Ottolenghi: Sweet and spicy ribs with a special zing
6

Consuming less, but better – the delicate balancing act of the circular economy
8

Delicious things to do with pumpkins
10