Zero Covid: What is it and why is it suddenly so popular? 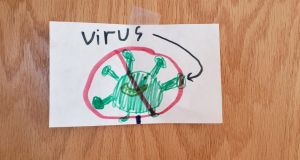 Advocates suggest that if the controls are strict enough, cases can be brought to fewer than a handful within six weeks

The public appetite for more radical measures has grown. What has prompted this?

There is still no visibility on how the Covid-19 pandemic will play out or when a degree of normality might return.

Two glaring failures stand out: too many countries are incapable of containing disease surges for a sustained period, in spite of vast amount of data on what works best, and too many people let down their guard in community settings as soon as restrictive measures are lifted.

Meanwhile, a third wave has culminated in unprecedented case volumes and emergence of notable variants has heaped on pressure to act more effectively.

It enables the virus to evolve by generating more infectious genetic variants – some may be more virulent; others may be “escape variants” that evade vaccines. Slowness in responding allows mutations to take hold and spread globally in a matter of weeks. In such circumstances Covid-19 easily wins the race over vaccination and build-up of herd immunity.

That scenario, combined with the anguish of the latest extended lockdown, means public willingness to consider more radical actions has grown – in short, to deploy an elimination or “zero Covid” strategy.

What exactly is ‘zero Covid’?

It’s the point where Covid-19 has been driven down as close as possible to zero through strict control measures. Critically, it’s “the absence for a suitable period of time of community transmissions”.

In Irish terms, it could be described as “Level 5 plus plus” ie current demanding measures combined with closed borders and more rigorous follow-up; anybody entering a country could be subject to mandatory quarantine for 14 days. This is best achieved with controlled confinement, such as in a hotel. Emergence of the UK, South Africa and Brazil variants has concentrated focus on international travel.

The Independent Scientific Advocacy Group on Covid-19 in Ireland has succinctly outlined its merits and mechanisms to achieve it: Crush (to zero community cases); contain new cases (by mandatory hotel quarantine) and chase (new outbreaks rapidly and exhaustively to source) – all backed by extensive genetic screening of variants.

Politically, the issue has played out with clear lines of division. The Government is firmly in the suppression camp, with Taoiseach Micheál Martin and Tanaiste Leo Varadkar questioning the feasibility of zero Covid in Ireland; whereas it’s partially or fully supported by most Opposition parties and some Government TDs.

What is the evidence in favour of an elimination strategy?

Countries pursuing elimination are performing much better than those trying to suppress the virus. Their low cases and degree of normality contrasts starkly with barely controllable scenarios in countries trying to “live with the virus”.

Zero Covid saves lives and reduces incidence of long-Covid persisting in populations. Contrary to widespread belief, achieving elimination means less economic trauma – some advocates suggest that if the controls are strict enough cases can be brought to fewer than a handful within six weeks. “Nip it in the bud” works when there are low case numbers, but opponents say it’s not realistic in a high-case scenario.

Its supporters insist elimination is achievable and works in a variety of settings. The virus can be eliminated even after intense local transmission has occurred.

Writing in the Guardian, public health specialists Profs Michael Baker and Martin McKee sum up the merits: “Suppression does not offer a clear end point, leaving countries vulnerable to rapid resurgences, as seen recently in countries like Ireland. The resulting uncertainty makes it impossible to plan, with enormous consequences for schools, businesses, family life, and much else.”

While the science says yes, it is very hard to achieve. For starters, Ireland is geographically far different from New Zealand and Australia. Factor in politics, the border with Northern Ireland, the UK (it has forged a course at variance with ours) and the EU on our doorstep, and it’s hard to see how it would operate effectively.

The National Public Health Emergency Team accuses proponents of the strategy of making “false promises” on an “incredibly risky” approach; especially the claim that it’s achievable in a narrow timeframe. The bottom line is Ireland is “a leaky country” in a highly-connected part of the world. In that situation its favoured approach is aiming for the closest thing possible to zero and to keep it down.

Logically, zero Covid in this part of the world could only be achieved by a close EU-UK alignment. Immunologist Prof Luke O’Neill says: “it’s not achievable in a national way”.

So what is the current Covid strategy?

It is to reduce community transmission to as close as practicable, stop non-essential travel and do everything we can through testing and isolation to limit risk of reintroducing infection.

The horrible reality of the third wave, however, means there is an urgent need to sharpen up on implementation of those measures known to work, to consistently apply travel restrictions, and to respond swiftly to troublesome emerging variants. Above all, to get people vaccinated as quickly as possible.