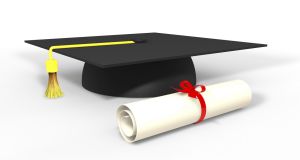 The university lecturer who taught you on the way to your degree could be working in Spar to maintain an income during these summer months. Photograph: iStockphoto

Three years ago, in a letter to The Irish Times on the subject of inequality and mental health, psychiatrist Brendan Kelly quoted 19th-century German politician Rudolf Virchow as follows: “Medicine is a social science, and politics nothing but medicine on a large scale.”

I recalled these words when I read a scary article by Peter McGuire in this newspaper headlined “Downwardly mobile: the plunge in standards of living” (July 25th, 2016).

Today’s young men and women find themselves in a scenario in which insecure employment seems to be part of the future even for those with a good education.

Commenting on the increasing phenomenon of low pay, insecure jobs and zero-hour contracts, Caroline Fahey, of the Society of St Vincent de Paul, added that “precarious work is spreading in more professional sectors, such as academia and the media”.

It used to be that a third-level education guaranteed you a fine career. Then we arrived at a point where a degree and maybe a Master’s was simply expected.

But now, if Caroline Fahey is right, the university lecturer who taught you on the way to your degree could be working in Spar to maintain an income during these summer months – and I know of one situation which is not far removed from that.

Without a degree you’re sunk – but having that degree doesn’t necessarily mean you’ll be keeping your head above water when it comes, for instance, to housing. And if and when student loans are introduced, graduates will start off their working life with a possible €20,000 handicap. For some, that will put the possibility of a deposit on a house to the realm of dreams.

For people with lower levels of education, home ownership is out of the question and I wish I felt more confident that all that social housing we’ve been promised will materialise within the predicted time-frame.

When well-educated young men and women today wonder how they are going to get the money together to buy a house or how they are going to get a well-paid, secure job, they are living those statistics. I suspect that many people need a strong dash of denial of these realities to make it possible for them to experience ambition and optimism. If you let yourself get too weighed down by the facts, you won’t be able to get yourself out the door in the morning.

But while denial can get you out the door there’s a limit to how far it can take you down the road. For instance, if you are at the lower end of the social and economic scale you are more likely to suffer a mental illness needing hospital admission.

Can we do something about security of employment to give people better life chances, for instance by tackling the issue of zero hours contracts, in which people are obliged to be available to the employer even if they are not called in to work?

Can we actually provide the promised housing and make childcare more affordable?

As inequality overshadows the future of middle-class men and women also, the effects on mental health will become more widespread. This is a political issue and we need to be able to talk and do politics in a way that enables today’s young people to step out of denial and into a better reality.