What does binge drinking do to your body?

We look at some of health impacts of drinking too much 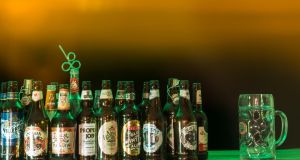 When you drink excessively, the liver stops producing glucose in order to process and clear alcohol from the body. This results in hypoglycaemia, which can send your cravings through the roof.

Is it time consider the effects of a night - or day - of binge drinking on your body?

While drinking modestly has documented health benefits - decrease risk of diabetes; lowering your risk of cardiovascular disease - an all-day or all-night binge drinking session can have negative consequences beyond a pounding headache the next morning. Instead, think about your liver, brain function, immune system and, of course, your possibly bulging tummy. Head hurting yet?

And how about your gut? Well, just one night of binge drinking can cause bacteria to leak from your stomach and release harmful toxins into your bloodstream, according to a study published in online journal Plos One last year.

The study, by scientists at University of Massachusetts Medical School, also showed that these bacterial toxins caused the body to produce immune cells involved in fever, inflammation and tissue destruction.

For a typical adult, a binge drinking session involves the intake of more than four to six standard alcoholic drinks*, depending on gender and body weight.

To assess what impact such a session would have on the body, 11 men and 14 women were given enough alcohol to raise their blood alcohol levels to at least 0.08 g/dL within an hour. Blood samples were then taken every 30 minutes for four hours and again 24 hours later.

The team found a rapid increase in endotoxins, which are released from the cell wall of certain bacteria when the cell is destroyed. They also discovered bacterial DNA in the bloodstream, confirming that bacteria had permeated the gut.

So why should we be worried? Endotoxins can alter your body’s immune response. This can cause muscle aches and force your body to retrieve nutrients from muscles, which is why you might be feeling achy and sore after a night of drinking, said lead author Gyongyi Szabo, professor of medicine, vice chair of the Department of Medicine.

Prolonged binge drinking also extends the existence of endotoxins in the bloodstream and can eventually lead to alcohol hepatitis (liver inflammation).

So, that’s after one night. What about if you are using the St Patrick and Easter diary clash to make a long weekend of it? Your DNA could take the hit, according to a 2014 study published in the journal Alcohol.

Researchers looked at two groups of college students aged from 18 to 23. The control group didn’t drink and the other group drank an average of 1.5 litres of alcoholic beverages every weekend. Results of the study showed the drinking group showed twice as much oxidative damage to their cell membranes, compared with the group that did not drink.

And what about more visible impacts?

When you drink excessively, the liver stops producing glucose in order to process and clear alcohol from the body. This results in hypoglycaemia, low blood sugar, which can send your cravings through the roof. The end result is the infamous beer belly. A 2011 large-scale study by researchers in the German Institute of Human Nutrition Potsdam-Rehbrücke, found a daily drink leads to a boost in abdominal fat in both men and women. And for the beer drinkers? They had substantially more belly fat than those who drank wine.

Blurred vision, slurred speech, irregular paces and poor memory - it’s pretty clear excess alcohol affects brain function. While for many these issues resolve the next day, for those who drink heavily over a regular period of time, elements of this state may persist. The good news is that brain function and neuron formation improves after four to five weeks of abstinence.

Alcohol is a known depressant. Although in small quantities it can lift you mood, in excess it can lower serotonin and norepinephrine levels and leave you feeling worse. Alcohol stimulates the release of the stress hormone adrenaline and interferes with the amino acid tryptophan, which is used to manufacture serotonin. This is one of the reasons it’s hard to get a good night’s sleep after drinking.

Struggling with a spring cold?

If you can’t shake the spring cold that is sweeping an office near you, opt for a pint of water over all other pints. The same rule applies if you are prone to allergies. Alcohol suppresses the immune system, meaning you are at greater risk of bacterial and viral infections. This stems from the toxicity of alcohol to immune system cells (dendritic cells). These cells play a critical role in immune function. Consuming alcohol also impairs the function of B-lymphocytes, which produce antibodies in the blood.

Perhaps you didn’t want to know. But at least now you can drink aware.

* One standard drink contains roughly 10 grams of pure alcohol, taking the average person about one hour to process although this will vary from person to person. The number of standard drinks is based on the size of the drink and its alcohol strength, usually shown on labels as alcohol by volume (%ABV).

A 2012 report by the Health Research Board (HRB) found that less than 1 in 10 people can correctly identify the number of standard drinks in various different measures when asked. So here you go:

A standard drink is half a pint of standard strength stout, larger or cider; 100ml (a small glass) of wine; or a 35.5ml pub measure of spirits.