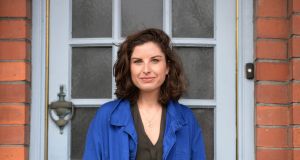 Brigid O’Dea: ‘For many with chronic illness, the week of menstruation is the difference between almost coping and really not coping at all. It is an extra blow to an already fragile system.’ Photograph: Alan Betson

Every month, a friend and I ask each other the same question: “Covid or period?”

My friend will ring me. “Brig, I’m exhausted. My body is aching,” her voice begins to wobble. “I’m wondering if I should isolate?”

“Could it be your period?” I’ll ask, knowing we had this exact conversation four weeks ago. “I think you may have been feeling similar this time last month . . . ”

A week later, I’ll ring her and we will re-enact the same conversation.

For many years, there was a mystery week each month where my health was significantly worse than other weeks. My energy was zapped, my body ached, I was prone to infection, and my migraines ramped up on the double.

Odd as it may sound, it took me a number of years to recognise the connection. I often blame this on not having my mom around. Perhaps the irregularity of my period in the early years played a role too. Maybe it was insufficient education. Others may attest it was simply just my unobservant nature. Or short-lived memory.

Either way, it was a lightbulb moment when I finally made the connection. Hormones! Of course! At last I had unearthed the missing puzzle piece. The picture made a lot more sense now, even if still incomplete.

I can generally anticipate my period now, as it is preluded each month by the most severe of my migraines. My dad suggested that like the meteorologists, we name my periods alphabetically and based on their severity. Last month was relatively gentle, a Sadhbh. The month before, I had a Regan.

A lot of people struggle when they menstruate. Periods exaggerate our vulnerabilities. Whatever one is prone to, they will find themselves all the more susceptible to during menstruation (or during the pre-/post-phase – oh it drags!).

For many with chronic illness, the week of menstruation is the difference between almost coping and really not coping at all. It is an extra blow to an already fragile system.

I remember in university, people discussing feats they had conquered on their period, and my first thought was, “Wait, you leave the house on your period?”

Custom, shame, inaccessibility to menstrual care products keeps many menstruaters at home during their periods. Though my reasons are different, it feels uncomfortable that I too am forced from engaging with society during my “time of the month”.

Menstrual migraine is commonly recognised, and many people who menstruate find their migraines ease when they reach menopause. Some even find pregnancy a blessing. (There is less evidence that the sleepless nights on the other side are an equal tonic).

The disability of menstruation is very often invisible. Not so much because it cannot be seen. The shedding of the womb lining is a graphic process. It varies from messy to theatrical, to full blown crime scene. But rather because we have been trained by society to ensure our menstruation remains out of view.

The recent Tampax ad controversy served as yet another reminder that large cohorts of Irish society are still uncomfortable talking publicly about menstruation. For many well-documented reasons, this needs to change. On a purely practical level, continuing to deny these conversations simply just doesn’t make sense.

There are many occasions in both one’s personal and professional life when discussing menstruation would just make everyone’s life a little more straight forward.

For example, when organising work meetings, I’m conscious of not scheduling them too close in time to my period, as it’s very likely I’ll have an acute migraine. However, in most professional settings, it is not considered appropriate to offer up this information. And it appears somewhat curious to others to anticipate you may have a migraine that day for other unknown reasons. I’m then left to do my creative best to manufacture a reason why “next Tuesday-Friday (and maybe Monday too) won’t suit”.

When organising a second date a few years ago, I decided to adopt a different approach. When the guy suggested meeting on a certain day, I informed him that I was due my period that day so would likely be bedbound with migraine. “Grand,” he said, “let’s do a different day”. We didn’t fall in love but it was a nice encounter.

When menstruating affects your health so acutely, it becomes an extra burden when you are not “allowed” discuss it. Otherwise, not only are we left hiding tampons up our sleeves, but hiding illnesses behind our desks and beneath our weary smiles.

I’m just over a week away from my next bleed. I’m waiting patiently for my friend to call with her monthly dilemma. I have my script ready to soothe her. For my own period, I’m due to go away with some extended family. I’m not sure if it’s a Teresa or a Titania in store.

No doctor, no pharmacy, no supermarket: I’m moving to an island
6