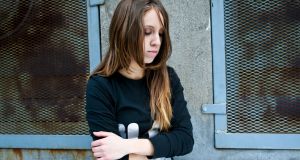 Imagine you are a child being exploited by pornography. You might expect the authorities would act with speed if images were found on any computer. Four years is an eternity in the life of a child.

Justice delayed is, as we all know, justice denied. Disturbing recent instances of this denial of justice have involved the investigation of historical sexual offences against children and also a more recent child pornography case.

Although these issues have been raised, by the Ombudsman and by a judge, the whole matter seems to have faded into the general swirl of news events. But this really is not an issue that should be allowed to fade away and be forgotten about.

Historical child abuse allegations are made by adults about abuse they suffered or witnessed as children. They pose a challenge for child protection services such as Tusla because the priority for allocating social workers must be the protection of children suffering abuse in the here and now.

But people who come forward with allegations that they themselves were abused as children are also entitled to justice. In May, Tusla had 1,895 historical cases “on hand” and 754 were waiting to be allocated to a social worker. Meanwhile, historical abuse allegations are arriving at the rate of more than 100 a month. These figures suggest that “justice delayed” is likely to be the norm for some time to come.

A recent report by the Ombudsman highlighted the case of a grandfather who was under suspicion for the last five years of his life. He was cleared of the allegations after he died. He had been denied contact with a grandchild until the Ombudsman intervened.

It is rather shocking to think that an allegation could overshadow a person’s life in this way for many years. If the child protection system is going to deny people access to children then that system surely has a responsibility to get on with its investigation in a timely manner.

But for this to happen, the system must have the resources it needs. That means many more social workers and more gardaí.

Resources that go into historical abuse are resources taken away from current abuse – unless both aspects of child protection get the staff they need. The financial cost associated would be huge, but it should be incurred.

On child pornography, it was disturbing recently to read of a case in which it took four years for gardaí to issue an analysis of a computer which continued many serious child abuse images. In this case the man was guilty and the judge suspended his jail sentence in view of the delay and other factors.

But this is a shocking situation. Imagine that you are a child who is being exploited by the child pornography industry. You might expect that the authorities would act with great speed if these images were found on any computer in the world. Four years is an eternity in the life of a child.

Or imagine that your computer is seized in a child pornography investigation and that you are innocent but must wait for four years before you know what is going to happen next? There is no possibility that your life is ever going to be the same again even if the matter is dropped.

In the recent case of the four-year delay, Judge Thomas O’Donnell noted that this was due to pressure of work in the section of the Garda that deals with this. Again, how can we deliver justice to children and to the accused if the gardaí are not given the numbers of people they need to do the job in a timely manner?

Let’s tackle this. Let’s put the resources, which means the money, into it. Children deserve it and so do the accused.

‘I have become a shouter, and I am worried it is damaging my children’
9

Want to exercise but can’t face going for a run? Here’s what to do
10