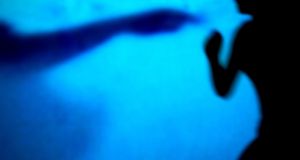 Earlier this month Kitty Holland reported on a HSE finding that a cluster of suicides among young women in West Dublin was due, at least partly, to domestic violence.

What a loss and what a sad story. It’s 50 years since domestic violence burst into the awareness of Irish society and the first refuge was started by Women’s Aid.

We assumed then, as with many other social issues in the 70s, that we would bring about an end to the phenomenon called “battered wives”.

Yet, though we inch along, legislating against coercive control, providing refuges (though not enough) and recognising that men also experience domestic violence, here we still are.

But what’s behind it?

What’s going on in the minds and brains of the perpetrators?

After decades of research, we don’t really know.

Having read a summary of theories produced for the Scottish Government, it seems to me that a fairly common characteristic of perpetrators is that they are narcissistic or antisocial.

Narcissists have a very overblown sense of self-importance, they have little or no empathy and they demand the admiration of others. Those who are antisocial in personality have an innate tendency of breaking societal rules regardless of whether this is forced on them by circumstances.

They tend in both cases to have a sense of entitlement and to want to dominate.

Though motivations have never been definitively established, to deal with domestic violence we also need to know what is not true as well as what is.

Alcohol seems to be a factor in some domestic violence cases. Yet most perpetrators are not alcoholics and most heavy drinkers are not abusers.

Are abusive partners reproducing a behaviour that they themselves saw as children? The research suggests that most abusers come from non-violent family backgrounds. Many who see violence in the home pledge never to be violent themselves.

What of violence by women? Research by Dr Kieran McKeown for Marriage and Relationship Counselling Services brought this into the public consciousness through an Irish Times report in 2001.

It seems likely that violence by men does more physical and psychological damage, as Dr McKeown’s report pointed out at the time. Some observers would argue that female violence is more likely to be defensive. We need lot more research on this aspect of this distressing issue because unless we know what’s going on we cannot deal with it.

The key point is that nobody man or woman, should be subjected to violence or coercive control in their own home or anywhere else. As I mentioned above we thought, back in the early 1970s, when women hid from violent husbands in a Women’s Aid refuge where the front door was secured by corrugated sheeting, that we could make this problem go away and we were wrong.

Cognitive Behavioral Therapy which enables people to identify distorted and unhelpful patterns of thinking, appears to have promise in working with perpetrators. This is one of the approaches taken by Move Ireland – Men Overcoming Violence, a very experienced organisation which provides group work in about a dozen locations around the country during normal times. Currently it is doing its work online. For a list of refuges and services for women who are subject to domestic violence see safeireland.ie and for support for abused men go to mensaid.ie.

That very sad story by Kitty Holland should, in my opinion, have shaken us all and caused an outcry. It didn’t.

For the sake of the abused women and men of now and the future let’s not get used to this.

Read: ‘I can’t live with the thought of being locked down with him’

- Padraig O’Morain (@PadraigOMorain) is accredited by the Irish Association for Counselling and Psychotherapy. His latest book is Daily Calm. His daily mindfulness reminder is free by email (pomorain@yahoo.com).

Michelin 2021: The Irish restaurants in the running for tonight’s awards