The major disquiet that followed ruling in cervical smear case

False negative results, which occur for a number of reasons, lie at the centre of the CervicalCheck controversy 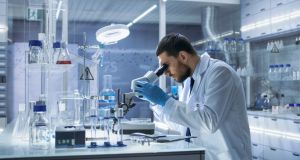 Every blood test, X-ray and biopsy result can be either falsely positive or falsely negative

Medicine and the law can be uncomfortable bedfellows. Criminal law requires proof beyond reasonable doubt, while in civil law the plaintiff must prove their case on a balance of probabilities.

The recent judgment in the Ruth Morrissey case brought this into sharp relief: Morrissey, who is terminally ill, was awarded €2.1 million over the misreading of her cervical smear tests. Mr Justice Kevin Cross’s judgment said laboratory professionals examining slides must have “absolute confidence” that a smear is negative rather than classify it on the “balance of probabilities”. He also said he understood that this will increase false positive results.

To understand why the ruling has caused such disquiet among the medical profession, let’s take a look at the principles behind medical screening. Before deciding on the benefits or otherwise of screening for a particular cancer, experts must consider a number of questions about both the disease and the screening test.

Is the disease being screened for potentially life-threatening?

Can it be treated or controlled?

Will early diagnosis lead to a better prognosis for the patient?

Is the disease reasonably common in the population?

The test should be relatively inexpensive, acceptable to the patient (a test that is either dangerous or excessively painful is unlikely to be successful), reliable and the results consistently reproducible. The test should be valid to the point where it has been confirmed as a “gold standard”.

False positive tests can result in the need for the individual to undergo further investigations that are unnecessary or they may be given inappropriate treatment that is unpleasant and even dangerous. A false negative result will mean a delay in the accurate diagnosis of the disease; it may even result in the need for more extreme treatment than would have been necessary if the correct diagnosis had been made in the first place. And it is false negative results that lie at the centre of the CervicalCheck controversy that has impacted the lives of 221-plus women and their families.

False negatives occur for a number of reasons: human error on the part of the endoscopist or the pathologist; faulty equipment; or a failure to follow standard protocols. False negatives cannot be eliminated and so screening programmes must explain to patients they can never offer absolute certainty.

Beyond screening and in the arena of diagnostic testing, there is an understandable tendency for us to assume that medical tests are 100 per cent accurate. But they are not: every blood test, X-ray and biopsy result can be either falsely positive or falsely negative. And when we have a surgical operation, the percentage risk of infection and bleeding are discussed as part of informed consent. But none of us ever see ourselves in the 1 per cent of those who will have a complication even after we have signed the consent form. We convince ourselves that we will be among the 99 per cent who will sail through surgery.

For their part, doctors must not describe test results as “100 per cent accurate” or as “giving the all-clear”. Results should be explained as giving a percentage likelihood of an abnormality being present or not.

“Medicine is an imperfect science, an enterprise of constantly changing knowledge, uncertain information, fallible individuals, and at the same time lives on the line.” Without taking away from the validity of Ruth Morrissey’s case, the words of Atwul Gawande, respected author and Boston surgeon, might usefully influence a clarification of Justice Cross’s recent ruling.