The contraceptive pill: is the one-week break a relic of the past? 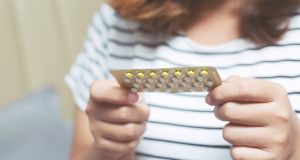 When contraception was new, there was a lot of anxiety about how it affected women’s bodies. Photograph: iStock

For something so opposed by the Catholic Church, the oral contraceptive pill has had a number of unusual religious associations.

In the early days of contraceptive use in Ireland – when missing even one pill was associated with contraceptive failure – some doctors took perverse pleasure in advising women to use the Angelus as a reminder to take their pill every day.

More recent reports suggest the way the pill has been taken for almost 60 years – with a week’s pill-free break after 21 days taking the oral contraceptive – was a device supposedly thought up by one of the pill’s inventors to try and get approval from the Vatican. The gynaecologist John Rock apparently came up with the so-called “pope rule” because he hoped Pope Paul VI would approve the pill and make it acceptable for Catholics to use. Rock believed that if the new drug imitated the natural menstrual cycle, the pope would accept it. When his campaign to get the pill accepted by the pope failed, he allegedly stopped being a Catholic.

But Jane Dickson, vice-president of the UK Faculty of Sexual and Reproductive Healthcare, is at pains to point out that there were other reasons, historically, why the pill had a seven-day break: “So there were many reasons why there was a break when the pill was introduced,” she said earlier this year. “One of the most important reasons is that the pill that was used 60 years ago, some of the hormones that were in that pill were 100 times greater in dose than the pills we have now.

“Quite often, women actually felt quite dreadful when they took it. Part of the reason for the seven-day break was just a break from the massive amount of hormones.”

In addition, and because contraception was new at the time, there was a lot of anxiety about how it affected women’s bodies and so a simulated period (a withdrawal bleed) was thought (by whom?) to be reassuring. And one of the other reasons for the break was to reassure women that they weren’t pregnant.

But all is changing now: pills have been modernised and now contain much lower doses of hormone. And recent research has shown that there is actually no medical reason to have a pill break and a bleed. Many women will welcome not having periods as part of a new pill-taking regime.

At a recent medical education update in Dublin, doctors were told it was time to reconsider how they prescribed the contraceptive pill. There are a number of important disadvantages to having a seven-day break: missed pills in the first week after a hormone-free interval pose a risk of ovulation taking place and pregnancy occurring; some women experience side effects, such as headache and mood change, due to the abrupt change in hormone levels; and withdrawal bleeding may be unpleasant – this is especially likely if a woman has a history of painful periods.

So what are your options if you are considering starting the pill? You can use a combined pill with low-dose oestrogen (20 microgrammes) continuously without a break. Or you could take the pill for 21 days but shorten the pill-free period to four days. In addition, the old-fashioned regimen of 21 days on and seven days off remains an option.

What are the benefits to not taking a break? For women who take the pill because they’ve got painful periods or suffer with premenstrual tension, their symptoms will be better helped by taking the pill continuously. In addition the chances of a pill failure are reduced by continuous use.

It seems that medical rather than social reasons may finally determine how a woman takes the pill.

And there is absolutely no evidence that adding the Angelus prayer will make any difference to its contraceptive efficacy.