The battle between women who breastfeed and women who don’t

Is Ireland ready for a revolution in its attitude to breastfeeding? 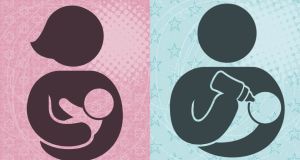 Rather than seeing breast as best, Dr Amy Brown, author of ‘Breastfeeding Uncovered’, argues that breast is normal. Illustration: iStock 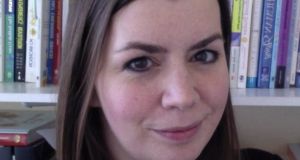 Believing that breast is best is not enough to change Ireland’s position as the country with one of the lowest breastfeeding rates in the world. Neither is blaming women who abandon the breast for the bottle.

But, if you, like me, breastfed your babies and feel strongly about the physical and psychological health benefits for mother and baby, please read on. If you’re still angry or sad about pressure on you to breastfeed amid the myriad of other pressures of having a new baby, read on too. Because a new book, Breastfeeding Uncovered by Dr Amy Brown, is the first book in a long time which seriously examines why breastfeeding has become such a battle between women who do and women who don’t.

“We need to shift the conversation away from guilt and blame; it is not individual mothers’ responsibility to tackle an entrenched public health issue,” says Brown, an associate professor at the department of public health at Swansea University. Although she is speaking about the low breastfeeding rates in the UK, her remarks fit perfectly here too.

We must ask ourselves why the annual National Breastfeeding Week held every year in early October (breastfeeding.ie) has virtually no impact on breastfeeding rates in Ireland.

For starters, just consider one factor that women can’t control which is that Ireland is one of the top producers of baby formula in the world and recently became the second-biggest exporter of infant formula to China.

So next time, take a close look at those advertisements for follow-on milk which by law are not allowed to discourage women from breastfeeding.

In Breastfeeding Uncovered, Brown writes, “we shouldn’t be fighting against an industry that is actively trying to dissuade women from breastfeeding. We shouldn’t need to argue with each other or write newspaper articles debating it. We shouldn’t feel the desperate need to justify how we fed our baby.”

Rather than seeing breast as best, Brown argues that breast is normal. “It’s what your body is normally designed to do,” she says. So, breastfeeding doesn’t reduce the chances of a baby becoming obese; it’s formula feeding that increases the chances of childhood obesity. Brown says we should be talking about the risk of formula feeding and not the benefits of breastfeeding.

Brown became pregnant with her first child when starting her PhD in 2005, which turned her focus from healthy diets for older children to infant feeding.

The book is not about how to breastfeed (she doesn’t believe she should tell mothers to breastfeed) but how to dismantle the barriers to breastfeeding. “Decisions about how babies are fed might ultimately be down to what a new mum chooses, but the layers and layers of influence on her are immense,” she says.

Society’s obsession with how much babies sleep and eat play a huge part in all of this, especially when you consider that many breastfed babies sleep less and put on weight more slowly than formula-fed babies. And remember, there’s a generation of women who are now grandmothers who were weaned onto the wonders of infant formula to help their babies sleep better and put on weight more easily. For many of these women, a good baby was one who was quiet and slept a lot and had a routine rather than one who was active, alert and unpredictable. “Even if many of these women want to help their daughters breastfeed, they don’t know how,” says Brown.

Breastfeeding Uncovered is the result of 12 years of research and teaching about the complexities of breastfeeding decisions and how mothers can best be supported. Although it’s full of studies on how breastfed babies and breastfeeding mothers are healthier, she reminds us that no one wants bottle-fed babies or their mothers to be unhealthy either.

Finally, it’s a book that is quirky and polemical in a way you need when you’re exhausted and confused about all those mixed messages about getting your figure back after having a baby and doing the best thing for your baby.

If there is one word that has to be repeated again and again when it comes to breastfeeding, it’s support. A new mother needs lots of support – from as many people as possible. That can range from someone helping mind older children to cooking meals to washing clothes to cleaning the house. All these jobs are tiring when you’ve just had a baby and even more tiring when you’re breastfeeding that baby.

In Africa, there’s a saying that it takes a village to rear a child. “I’ve lots of students from Africa where new mothers are cared for for six weeks after birth by other women. New mothers are often so isolated here. We have to value our new mothers more. If we value motherhood and breastfeeding more, women will find it far easier to breastfeed,” says Brown.

Essentially, what all this adds up to is the need for a culture that normalises and nurtures breastfeeding. Are we ready? If so, that means:

- No sniggering or staring when a new mother breastfeeds her baby in a cafe.

- No negative comments from older mothers/grandmothers about how breastfeeding is not worth the trouble and wouldn’t it be nice if someone else could feed the baby too. Remember, there are plenty of other things to do with a newborn baby like bathing or changing nappies.

- No stories about extremely painful nipples and mastitis when a new mother is already struggling with the demands of a suckling baby during a growth spurt.

- No jealousy from dads and other siblings of the time spent with the new baby.

Well, that last one might be the trickiest to tackle.