In a study of 40 men, 19 had attempted suicide after they were raped, says Padraig O’Morain 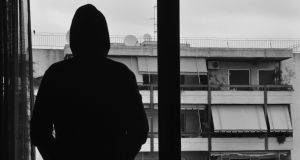 Rape is a crime that is not much spoken about, even though its effects can be devastating and long lasting. Even the victims do not speak out.

The extent of the problem is outlined in the Psychologist by authors Michelle Lowe of the University of Bolton and Bob Balfour of Survivors West Yorkshire.

It is a devastating and hidden problem and I can’t see the situation changing for the better in any significant way.

“Historically, sexual crimes against males were considered impossible or, at best, rare,” the authors write. A legacy of that attitude can be seen in a 2005 study in the UK which found that of 40 men who had been raped, only five reported the crime to the police. Four of the five claimed the police were negative in their dealings with them. Only one complaint resulted in a conviction.

What I thought particularly notable was that only 14 men out of the 40 sought medical help after the rape, and of these only five disclosed that they had received their injuries in the course of a rape.

“This means that most male rape survivors do not receive testing for sexually transmitted diseases that they may have contracted during their rape,” the authors note.

It gets worse. Of the 40 men, 19 had attempted suicide after they were raped.

Boys who are sexually abused are 10 times more likely to have the symptoms of post-traumatic stress disorder than boys who are not, according to an Australian study.

Both men and women who are raped experience blaming of the victim by elements in society. But in the case of men, there is also a tendency to blame themselves because they failed to prevent the rape. Men also blame themselves for their psychological suffering after the rape, because they believe they should be strong enough to handle it.

These imagined failures become a source of shame and make men even less likely to seek help, for fear others will blame them or ridicule them.

Add to all this the fact that sexual abuse is often repeated and, in the case of a child, could go on for years, and one can appreciate how devastating the effects can be.

“The problems men experience after sexual abuse can manifest in all areas of their lives, in interpersonal relationships, parenting, employment, and social and leisure activities, and at different points throughout the lifespan,” the authors note.

The women’s movement was the driver behind the greater public awareness of the rape of women. It has been argued that the attention given to women in this regard has left male victims isolated. On the other hand, without the activism of the women’s movement, rape and sexual assault would have an even lower priority than they have now.

As time goes on, we are hearing more of the stories of male victims of sexual abuse. These are almost always stories related to abuse in institutions. We hear relatively little about adult men who are raped by other men.

It is difficult to know what it is that will help these men to come forward given that they carry a burden of shame. I was about to write “irrational” shame. But the shame derives from long-standing cultural attitudes to men, about how they should be strong and able to fight off aggression and how they should be able to “man up” and get over violent incidents. In fact, those cultural attitudes are irrational. That doesn’t stop the shame from feeling real and from keeping many men locked in a prison of isolation or, worse, suffering from sexually transmitted diseases as a result of rape.

Somehow, services have to reach out to these men because their sense of shame and their beliefs about manhood will stop them from reaching out to the services that exist.

In an era in which services continue to suffer cutbacks, I am pessimistic this is going to happen.

pomorain@yahoo.com Padraig O’Morain is a counsellor accredited by the Irish Association for Counselling and Psychotherapy. His latest book is Mindfulness on the Go. His mindfulness newsletter is free by email.