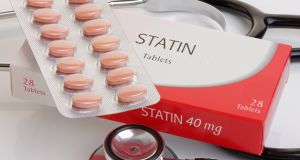 The primary indication for taking a statin is to reduce the risk of a heart attack or stroke by lowering serum LDL cholesterol and, in some cases, also triglycerides.

Cholesterol-lowering statin drugs, already one of the most popular medications worldwide, may become even more widely used as evidence grows of their safety and value to the elderly and their potential benefits beyond the heart and blood vessels.

Among the latest are reports of the ability of several leading statins to reduce deaths from common cancers and blunt the decline of memory with age. Perhaps such reports will persuade a reluctant 65-year-old friend who has diabetes, and others like him, that taking the statin his doctor strongly advised is a smart choice.

In addition to accumulating evidence that the benefits of statins far outweigh possible risks for the vast majority of people for whom they are now recommended, nearly all statins on the market are now available as inexpensive generics. Full disclosure: I have a strong family history of heart disease and have been taking a statin – atorvastatin – for many years after dietary changes failed to control a steadily rising blood level of artery-damaging LDL cholesterol.

The primary indication for taking a statin is to reduce the risk of a heart attack or stroke by lowering serum LDL cholesterol and, in some cases, also triglycerides, both of which can damage coronary arteries when levels rise above normal.

Statins offer further cardiovascular protection by stabilising the fatty deposits in arteries called plaque that can break loose, block a major artery and cause a heart attack or stroke.

Current guidelines typically recommend statin therapy for:
– People with a history of heart disease, stroke or peripheral artery disease or risk factors that give them a 10 per cent or greater chance of a heart attack within 10 years.
– People over 40 with diabetes and an LDL-cholesterol level above 70 milligrams per decilitre.
– People over 21 with an LDL-cholesterol level of 190 or higher (despite dietary changes to minimise saturated fats and achieve a normal body weight).

There has been a long-simmering debate as to whether statins are advisable for people over 75, even though the risk of suffering life-threatening cardiovascular disease rises precipitously with age. Concerns have been raised about side-effects associated with statins, potential adverse effects of the drugs on other ailments common in the elderly and possible harmful interactions with the many other medications they often take.

Writing in The Harvard Health Blog last October, Dr Dara Lee Lewis noted, “The paradox that we face is that as our patients age, they are at increased risk for heart attacks and strokes, and yet they also become more sensitive to medication side-effects, so it is a tricky balance.”

Statins can sometimes cause blood sugar abnormalities, resulting in a diagnosis of pre-diabetes or diabetes, and possible toxic effects on the liver that necessitate periodic blood tests for liver enzymes. A very small percentage of people prescribed a statin develop debilitating muscle pain. An elderly friend developed statin-induced nightmares. There have also been reports suggesting statin-associated memory problems and cognitive decline, already a common concern as people age.

But likely the biggest deterrent was the existence of meagre evidence for the role statins might play for older people at risk of cardiovascular disease. As is true in most drug trials on new medications, relatively few people over 75 were included in early studies that assessed the benefits and risks of statins.

The latest reports, however, are highly reassuring. One followed more than 120,000 French men and women aged 75-79 who had been taking statins for up to four years. Among the 10 per cent who stopped taking the drug, the risk of being admitted to a hospital for a cardiovascular event was 25-30 per cent greater than for those who continued taking a statin.

Another study in Israel, published last year in the Journal of the American Geriatrics Society, involved nearly 20,000 older adults followed for 10 years. Among those who stayed on statin therapy, the chance of dying from any cause was 34 per cent lower than among those who failed to adhere to a prescribed statin. The benefits were not reduced for those older than 75 and applied to women and men alike.

This year a study published in JAMA by a team headed by Dr Ariela R Orkaby of the VA Boston Healthcare System found that among 326,981 US veterans whose average age was 81, the initiation of statin use was associated with 25 per cent fewer deaths overall and 20 per cent fewer cardiovascular deaths during a follow-up of nearly seven years.

However, none of these studies represent “gold standard” research. The results of two such studies, the Staree trial and the Preventable trial, both randomised controlled clinical trials of statin therapy to prevent cardiovascular events in the elderly, have not yet been published. Both will also assess effects on cognition.

Meanwhile, a report last year from Australia published in the Journal of the American College of Cardiology found no difference over a six-year period in the rate of decline in memory or cognitive status between statin users and those who had never taken the drugs. In fact, among those who started a statin during the study, the rate of memory decline was blunted. Another observational study by a Swedish team published in Nature found beneficial effects on reaction time and fluid intelligence among statin takers over 65.

Finally, there are several reports that a major class of statins called lipophilic (including atorvastatin, simvastatin, lovastatin and fluvastatin) may have anticancer effects. One study of nearly 2,000 survivors of early-stage breast cancer found a decreased five-year recurrence rate in women who started a statin within three years of diagnosis. – New York Times