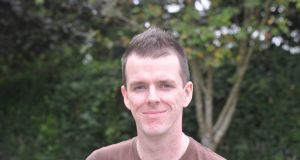 Barry O’Rourke: The mental health issues arising from the virus will not magically vanish over time without proper structures and clear investments

In my Leaving Certificate year, I was given a simple exercise during career guidance. My teacher asked me to put down on paper where I wanted to be in five and 10 years’ time.

I was told to break it down simply into Who? What? When? Where? Why?

Half way through, my teacher stopped me and admitted it’s a rather unfair task. “We don’t know what kind of jobs or courses will exist in the future” she said. “It’s exciting to be young – so much possibility.”

So why was I still doing the task?

I never once suspected that, aged 29, I’d be lost.

It’s a feeling I suspect many 20- and 30-something-year-olds of Ireland feel, a generation caught in the direct crossfire of coronavirus. Despite constant affirmations about bright futures, many are finding great frustration at their now present.

Told we are all in this together, sometimes it just doesn’t feel that way. Young people aren’t asking for pats on the back for co-operating with guidelines, it’s in the interests of everybody to beat the virus.

But when we see colossal preparations gone into preparing children for school. To enable parents then to rejoin work. To initiatives ensuring the vulnerable in society are informed and protected.

To the then endless debate about pubs opening, closing, serving food, being wet, dry or what not. To members of the political establishment seemingly being above everything anyway, as events like Golfgate show clearly where priorities lie.

Where is the safety net for young people?

An action plan to reactivate an entire workforce back into being productive?

To harness their creativity and ingenuity and protect mental resilience for when the world eventually does return to normal, and needs them?

It is as if our stake in society has slipped away.

The fact is that many in their 20s and 30s now find themselves back living in the family home, some having not left at all.

You would think working from home or remotely would suit a “digitally native” group of people, but precarious work environments of short and temporary contracts have fallen through and disappeared making any such work impossible.

Entire industries we’ve helped mould are closed overnight, and life goals like marriage, starting a family, joining the property ladder and travel all seem both selfish and impossible.

Which is why I’m worried – more than worried. There doesn’t even appear to be a sketch of a plan in place for us.

In truth, the only headlines we seem to make are condemnations; vilification of a small group of random, drunk young people in TikTok videos.

Let me say this: you will never find a viral video of a 20-year-old staying at home to protect themselves and their family from the virus.

You won’t ever share a TikTok of a group of friends communicating for the past six months solely through WhatsApp, reluctant to even suggest meeting up. No meme of an unemployed 30-year-old furiously checking emails on repeat throughout the day for something, anything.

And yet when young adults are finally discussed, it seems videos of a minority acting carelessly take up the entire oxygen in the room.

What kind of Ireland and world do we want to return to?

The general vibe being sent now is that we need to learn to live with this virus until things return to normal. But for many young people who find themselves stuck, this is not a viable option.

I’d also like to ask the question what kind of “normal Ireland” do we want to return to, anyway? Was it even fit for purpose?

An Ireland of precarious work contracts for young people, where we’ve discovered during Covid it’s financially better to be unemployed and receive Government support than to earn a meagre wage in an entry job?

Where emigration is taken as a given, almost like a rite of passage in life? Where those who return to Ireland due to the virus are not being given any incentive to stay.

The mental health issues arising from the virus will not magically vanish over time without proper structures and clear investments. I’d venture a guess our already stretched health service has already been tested to its limits.

I read recently how even now amid Covid, there are planning permissions granted to construct more “co-living” spaces in Dublin; an idea no one in their right mind wants. And if the virus has taught us anything, living like sardines is not an appropriate life choice for anyone, least of all young people.

Our lives are on pause and being told to learn to live with this pause is frankly not good enough. Especially given the fact other facets of society have been given tremendous support in returning to relative normality.

When we talk about plans, about “roadmaps” for the future, I feel like we are at the bottom of the barrel for what we can expect and what is expected of us.

Right now I’m just simply asking the Government to talk about what kinds of signs are on our roadmap. What directions are we going towards, however volatile or unpredictable the future might be?

Because as I’ve been told, it’s always wise to have a plan just in case.

I’ll give them a clue on how it can start: Who? What? When? Where? Why?