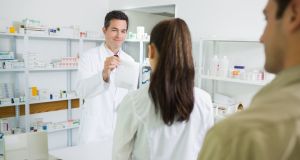 Maureen Gaffney: ‘You can’t rely on other people to avoid you. It’s up to all of us to be aware’. Photograph: iStock

As the Government ramps up its advice on social distancing with new measures introduced on Tuesday to curtail groups outdoors to four (unless it’s a family group), it begs the question what can we do if people in supermarket queues or on the street are standing too close to us.

In one of its latest tweets, HSE Ireland says “we can still be friendly and kind to one another – but from a distance. We must stay apart in every social setting, whether standing, sitting or shopping.”

Gardaí across Ireland have also been deployed to remind the public the importance of social distancing to slow the spread of the coronavirus and the bright yellow Covid-19 posters inform us that the acceptable distance between individuals is two metres.

But what if you are waiting in a queue at the pharmacy, bank or supermarket and someone insists on standing closer to you?

Physical distancing is an essential part of slowing the spread of #coronavirus. In order to pull together we must stay apart. #ItsInOurHands #COVID19 pic.twitter.com/MkhzRdf0BQ

Psychologist, Maureen Gaffney says that now is not the time to confront someone not abiding by social distancing guidelines. “I don’t think confronting people is a good idea as the chances of getting an aggressive reply are increased in these circumstances. Now is not the time to assert your rights, now is the time to protect yourself and other people,” she says.

Instead, Gaffney advices people to be “hyper-vigilant” themselves. “You can’t rely on other people to avoid you. It’s up to all of us to be aware of those around us. If someone is crowding you from behind, step out to the side of the queue,” she advises.

“And, if they are so ignorant as to step into your place, go behind them. Your health is more important than your place in the queue,” she adds.

Gaffney says that we should all be making more eye contact with people on the street in these unprecedented times. “It’s a small gesture that recognises your existence. If we encouraged more glancing at human beings as we pass them, it would give people the chance to adjust their pace and get out of the way,” says Gaffney.

She suggests that if people come too close to you when you are out walking, it’s a good idea to slow down. “By slowing down, you create a certain amount of uncertainty which people will respond to. It’s about controlling your own movements rather than that of others,” she adds.

Gaffney – who is the author of Flourishing: How to Achieve a Deeper Sense of Well-being, Meaning and Purpose – Even When Facing Adversity (Penguin) says that she has great faith in the human capacity to adapt to anything including social distancing. “It’s becoming a [new] habit although you’ll always have the small minority who never get the hang of it.”

‘Dad began to slip away... but my sister could only join by Facetime’
7

Quarantine in Vietnam: ‘Our first night was a little rough, it was very hot’
8

‘It was absolute chaos, but we were able to find a sense of peace’
Real news has value SUBSCRIBE