Whether you want to be a star goalie or a tennis ace, the best advice is to practice 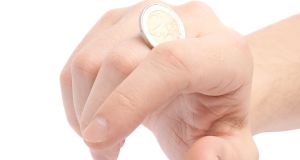 Pick a sport, any sport – and practise

What exactly do you want to improve your reflexes for? If it’s for a specific sport, you’re off to a good start. Perhaps you want to be the star goalie at your Thursday afternoon five-a-side, or maybe you have taken up boxing and would prefer not to get hit in the face. The more specific an action, the better. Above all, the cliche holds good: practice makes perfect. Reflexes tend to be an involuntary response, so you need to develop your muscle memory and make those reactions second-nature. If you don’t put the work in, you won’t see any results.

Your reaction time is always going to be slower if you’re too tense. Stiff muscles are slower to move. If you have just started sparring in a combat sport, the one tip you will get over and over again is to relax, which can be incredibly difficult when you’re starting out. The aim of the game is to stay relaxed, but alert. Perhaps that means taking some time out to meditate, focusing on your breathing or practising mindfulness – a 2010 study found meditation helped people to perform better in a reaction-timed task.

Eat a lot of spinach and eggs

Or at least, that’s according to researchers at Leiden University and the University of Amsterdam. They found subjects who had recently eaten tyrosine, which is found in spinach and eggs, performed better at a reaction-based task than those who hadn’t.

Video games may help your reaction speed. A study by scientists from the University of Rochester found that action video games helped people to make the right decisions faster. They also developed a heightened sensitivity to their surroundings.

Use your loose change

You can use your spare pennies to help speed up those reflexes. Put your hand out with your palm facing the ground and put a coin on top of your knuckles. With your arm outstretched, throw the coin upwards and then try to catch it in the same hand. If that’s too easy, try adding more coins to up the ante.

Another invaluable, and inexpensive, tool used to improve reflexes is the humble tennis ball. You can also use a six-sided ball called a reaction ball – although if you can’t find one of those, any bouncy ball will do. All you need is a surface to throw the ball against, with the aim being to catch the thing before it ricochets off into someone else’s back garden. You could also ask a friend to throw it at you while you practise dodging – it’s up to you whether or not you choose a friend with a grudge.

Make sure you get enough sleep

A lack of sleep can have a huge effect on reflexes and split-second decision-making. Researchers in California found sleep-deprivation can make you almost as sluggish as a few alcoholic drinks, so make sure you get your eight hours a night. – Guardian