Breast cancer: the crucial step from concern to taking action

Over 3,000 Irish women are diagnosed with breast cancer annually but the number of survivors is rising 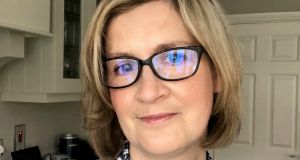 It is four years since her cancer diagnosis and Kathleen O’Connor stresses the importance for people who are newly diagnosed to be honest, accept help, communicate and get plenty of rest.

Breast cancer is the most common malignant tumour diagnosed among Irish women – more than 3,000 every year. And while these statistics are alarming, it is reassuring to note that the number of breast cancer survivors is also rising, with 83 per cent of those with a breast cancer diagnosis living five years or more.

October is Breast Cancer Awareness month, when we are asked to pay attention to breast health, and money is raised to help fund breast cancer research and services for patients through initiatives such as the Cups Against Breast Cancer coffee morning.

Crucially, we are reminded to seek medical help if we have any concerns.

Kathleen O’Connor did just that and, in 2014, when she was 41, she noticed a lump on her left breast. She visited her GP a week later and was referred for further examination, which lead to a cancer diagnosis.

“I wasn’t particularly concerned when I found the lump as I had a history of fibroadenoma in that breast in my twenties,” says Kathleen, who is married to Niall and has two daughters, Sadhbh (14) and Grace (12). “But it did feel a bit different, so I decided to make an appointment with my GP who happened to be on holiday, so I was examined by a locum who immediately referred me for further tests.

“I didn’t for a minute think I had cancer and after dropping the kids to school, I went alone to the breast clinic where I had a physical exam and then was sent up for a mammogram. But sitting there in the blue paper gown, a sense of dread descended as the investigations continued and I was told I needed an ultrasound and biopsy – I knew things were getting serious and when I was asked to stay on to see the consultant, I wished I hadn’t come alone and called my husband.”

During the consultation, the specialist mentioned the possibility of cancer and Kathleen, who works as a learning and development consultant and executive coach, said the family was booked to go on holiday to France so any treatment would need to take place on her return. “This might seem crazy, but at no time did I consider not going – it was our first family holiday in a number of years – so the conversation turned to if and when they would call me and how soon I would be back,” recalls the Dublin woman.

Doctors told Kathleen that treatment would need to begin without delay

“Needless to say I was in deep denial and there was a cloud over me on holiday as it was hard to be present, but I filed it away in my mind as much as I could. When we returned, I got a call [to get the results] and both knew and didn’t know what was coming. Niall and I received my diagnosis together – a stage 2 invasive lobular carcinoma and although it wasn’t really a shock, it was still a bit of an out-of-body experience, as if they weren’t actually talking about me at all.”

As soon as Kathleen (now 45) received the news, doctors told her that treatment would need to begin without delay. “We didn’t know if it had spread to the lymph nodes at that stage and an MRI revealed another lump,” she says. “So we had another anxious wait until a subsequent ultrasound fine needle biopsy revealed a benign fibroadenoma. Which was a relief but with so many lumps being revealed, I wanted to explore the mastectomy option and I took some convincing that this wouldn’t be necessary.

“My surgeon was very patient and eventually I accepted his treatment plan and a wide local excision [lumpectomy] was scheduled at which time they would examine the lymph nodes to see if the cancer had spread. Thankfully the nodes and tumour margins were clear and I was more emotional that day than at any other point beforehand as it felt as if I had been holding my breath up until that point and the relief was indescribable.”

Following this news, the mother of two had to wait to see if a tumour recurrence was likely and then, having deciding against the need for chemotherapy, her consultant proposed a programme of radiation and a five-year course of hormone therapy.

The hardest part at the diagnosis stage was telling my daughters

The diagnosis and treatment was undoubtedly tough, but she says patience and honesty were the best policies to get through the ordeal. “My friends, family and extended family were brilliant during that time,” she says. “They all supported me in many different ways – a shoulder to cry on, long phone chats, lunch and pampering treats or taking the kids away while I recovered from surgery.

“In fact, the hardest part at the diagnosis stage was telling my daughters. My frequent absences [trips to the hospital] were soon noticed and I had to tell them. The elder girl was very worried and wanted to know if we had to keep it a secret, while her younger sister was intrigued about the idea of me having a hole in my breast when the tumour was removed. I told them everything I knew and promised to keep them informed as I thought it was better that then let their very active imaginations run away with them.

“I also realised that recovery is slow and I had to be patient as the treatment phase is a well-managed process. When that part is over, you can feel a little vulnerable, because it’s not over – it’s ongoing. But once you accept that it’s a chronic condition that needs managing and monitoring, you learn to live with it and move on.”

Four years since her diagnosis, the mother of two says it is vital for people who are newly diagnosed to be honest, accept help, communicate and get plenty of rest. “People close to you will want to talk and to meet you, or share experiences by way of offering support but be prepared to tell them if you’re not up to it,” she advises. “Be straight with your kids and tell them as much as they can handle. Also reach out to places like the ICS Daffodil Centres which are particularly helpful at the early stages of the journey as they have specialist cancer nurses, or peer-to-peer support.

“Following my diagnosis, they organised for me to have a chat with a survivor of similar age and circumstances and I think it helped to share the burden with someone who had been through it and is out the other side. Also the ARC centres are an oasis of calm and relaxation and offer a variety of treatments and supports which are an important part of the recovery process, particular after the acute treatment stage is over.

“Don’t be afraid to ask questions – I’m sure I drove the medical staff mad, but that was my coping mechanism. Treatments are changing all the time and new therapies are emerging so I wanted to know everything about the disease and my prognosis. So if researching your diagnosis helps you to get to grips with things, then do it; if you’d rather not, then don’t. But most importantly take all the help you are offered, particularly after the treatment ends as the debilitating fatigue goes on for a long time.”