‘Our fight turned physical. Is there hope for our relationship?’

Tell me about it: After five years together I got close to another woman and my partner attacked me 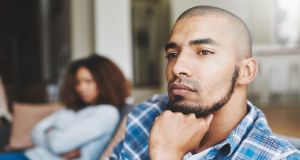 Question: I have been in a relationship for five years now. We met in university and started living together after graduation.The relationship had been good until last year – in November – when we had a fight, which turned into a physical fight. She smashed my stuff in the house and attempted to hit me on the head with a blunt object. I triggered her reactions because we had been emotionally disconnected because I had been talking to a female friend about almost everything. Unfortunately, I was drawn to this female friend and I had lost focus in my relationship. So, this fight affected me the most.

I haven’t found peace with myself and the events that took place during the fight. We have tried falling in love again, she is willing to have a beautiful relationship again but some part of me cannot come to terms with a close, intimate relationship after the fight. We are still living together. This is taking a toll on me and it seems like I want to keep hold of her.

8 Brexit: UK calls on EU to ‘shake off any remaining ill will’ amid fallout over North trade move

9 Air to the throne: Meghan and Harry set to lift lid on royal split in TV interview

18 How will Denis O’Brien’s departure change the Irish media landscape?

20 Tin Cup: A box office hit that played its way into part of golfing fabric

22 Bank of Ireland closure brings out true grit in Abbeyfeale

29 Laura Whitmore: ‘I’ve had enough of being trivialised and gossiped about’

33 Growing the economy, not cutting debt, must be our priority

40 Affordable housing: Can Land Development Agency succeed where others have failed?