Ask the expert: The earlier teenagers start to drink alcohol the greater the risk of later problems 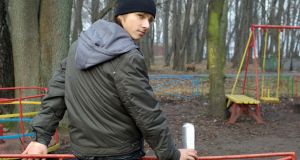 Question: My 13-year-old son told me last week that he drank a can of cider and that he enjoyed it. Now he has decided he would like to start drinking.

He asked me to give him €10 on Saturday for alcohol. I couldn’t believe what I was hearing. He has always been a great child, but has changed dramatically this year now that he has gone into second year in secondary school.

I won’t be giving him any money of course, but I don’t know how to deal with him anymore. He will be 14 next week.

Answer: You are, of course, right not to support your 13 year old to drink under any circumstances. The biggest predictor of adult problems around alcohol and drugs is the age the person starts to drink. The earlier teenagers start to drink alcohol the greater the risk of later problems.

When the teenage brain is still developing, drinking alcohol can be particularly problematic. The goal as a parent is to delay your teenagers starting to drink and the safest future option for them is to never drink at all. Certainly, working hard to enforce the rule of not drinking until the legal age of 18 is a good strategy.

Reading your question you sound a little shocked that your 13 year old would ask you for money for a drink. This is not surprising to me. It is normal for teenagers to “try it on” with their parents and to provocatively push boundaries and limits.

What is more worrying for me is the fact that he had access to the alcohol in the first place. You do not say where he got the can of cider from and this is where I would be concentrating my efforts. Did he get it from friends or did he find it in the home or did he get it from somewhere else? If you don’t know then you need to investigate and find out.

Young teenagers need a lot of supervision and monitoring if they are to be protected from harm. Ideally, this means ensuring they don’t have access to alcohol in the first place and that they are not in an environment where it is freely available.

Many parents think that the best way to stop their teenagers from binging or drinking in unsafe places is to allow them to drink in supervised environments such as letting them have a drink with you at home or at a family gathering.

Responding to your son

When your son asks you to support his drinking, respond with a clear message that you don’t want him to drink: “You should not be drinking until you are at least 18 – you know the law”. If he replies that all his friends drink, take time to explore this with him. Ask him who is drinking and where.

Use this as an opportunity to listen to find out what is going on in his social circles and what influences he is subjected to. Be prepared to restate your rule and to state this in the context of concern for him: “Look I wouldn’t be a good parent if I let you drink alcohol at your age – you know all the dangers”. Explore other ways he can enjoy himself in sports and social activities and look at how you can support him in these.

Help him deal with peer pressure

Peer pressure is a major factor in young teenagers drinking and helping them have the confidence to deal with this is important in preventing them getting started. If your son says “all his peer group are drinking”, take time to help him challenge this. Point out that lots of teenagers don’t want to drink but are under pressure to do so (in studies, for every one teen curious to start drinking, there are two who are happy to wait).

Try to identify with him children in his peer group who are not interested in drinking. Also, challenge directly the peer pressure: “Do you really think it is a good idea to do something dangerous just because other people are putting you under pressure?” Take time to explore how he can resist peer pressure – what can you say if someone pressurises you to drink? Helping him think through and even rehearse what he might say is a good strategy.

With young teenagers, keeping them safe is a lot about supervision and monitoring. This means you make sure you know where they are going and who they are hanging out with. It means trying to get to know their friends and linking in with other parents. It means setting clear rules about where they can go and ensuring they are collected, etc.

As they get older and demonstrate more responsibility you can, of course, give them more freedom. Given your son has started drinking you are entitled to set stricter rules with him and monitor him closely. Say to him that once he shows you that he is no longer drinking and is keeping himself safe, you can gradually relax the rules.

John Sharry is founder of the Parents Plus Charity and an adjunct professor at the UCD School of Psychology. He is author of several parenting books including Positive Parenting and Parenting Teenagers. See solutiontalk.ie

Vicky Phelan: ‘I hated being a mother – I would have gladly walked away from it’
3

‘I’ve had my butt kicked for the past three years’: Jamie Oliver on fame and failure
10